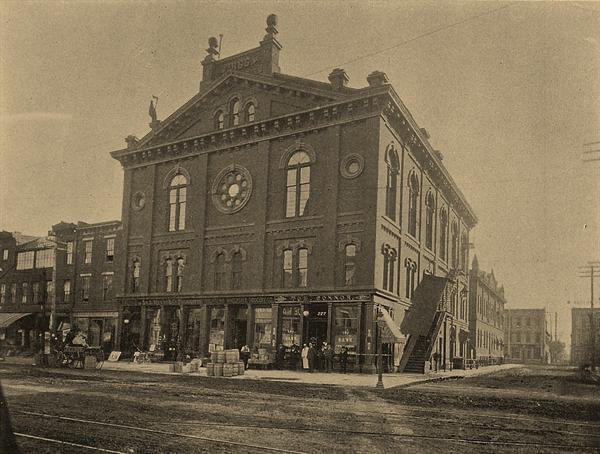 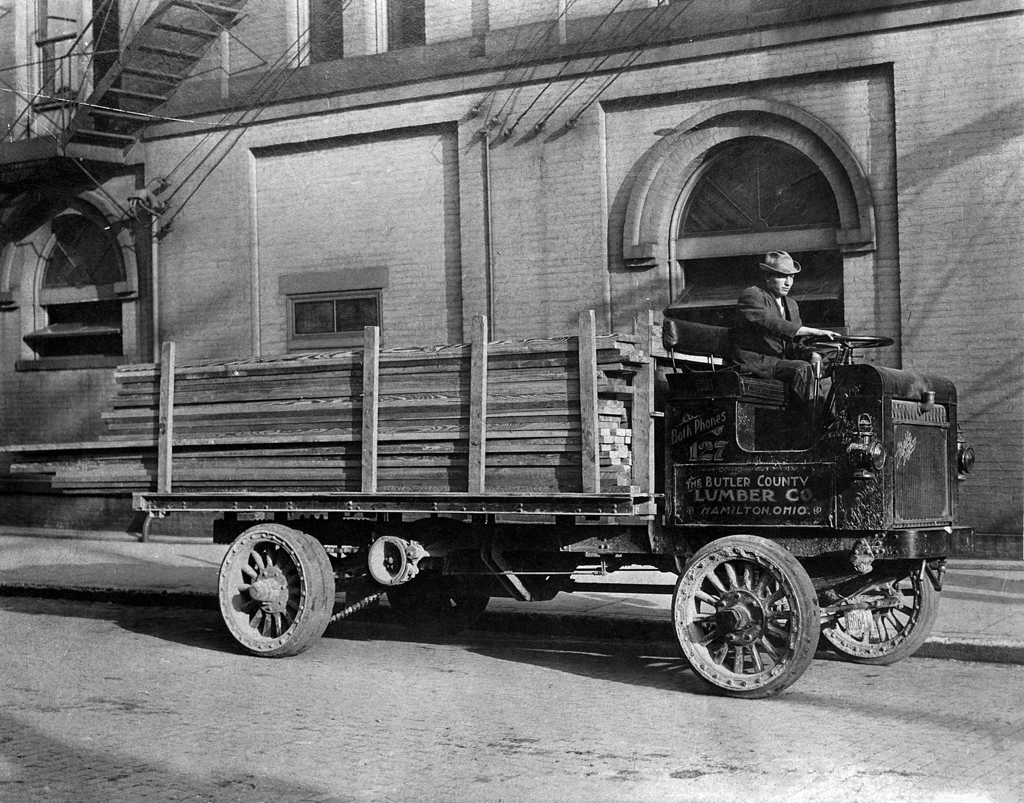 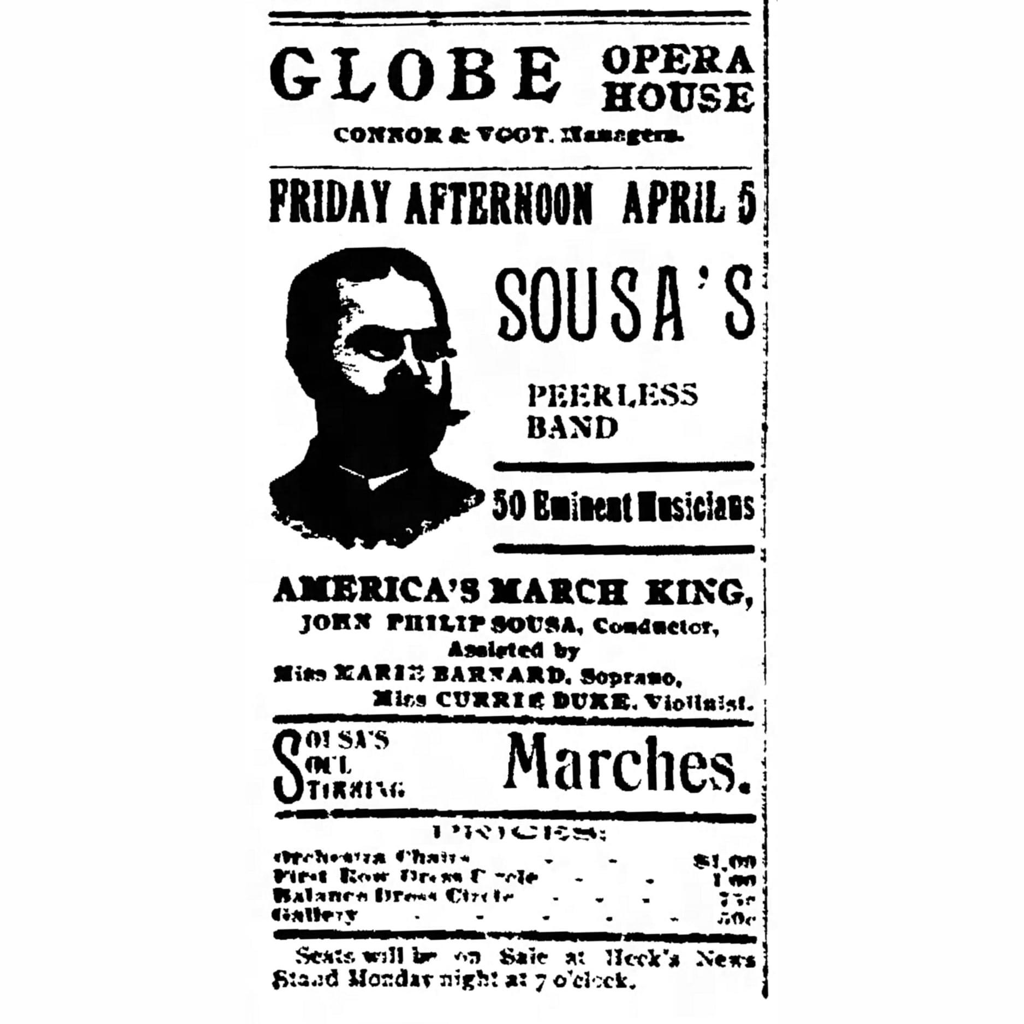 Above: Advertisement for a concert with John Philip Sousa. Performing with Sousa’s Peerless Band on Friday Afternoon, April 5, 1895 at the Globe Opera House, south side of High Street between Second and Third Streets, Hamilton, Ohio. Only 50-cents for a Gallery Seat. John Philip Sousa was an American composer and conductor. Among his best-known marches are "The Stars and Stripes Forever" (National March of the United States of America) and "Semper Fidelis" (official march of the United States Marine Corps). Advertisement from the Hamilton Daily Republican, Hamilton, Ohio, April 3, 1895.
380. Nov. 15, 1995 - Opera house was show business center: