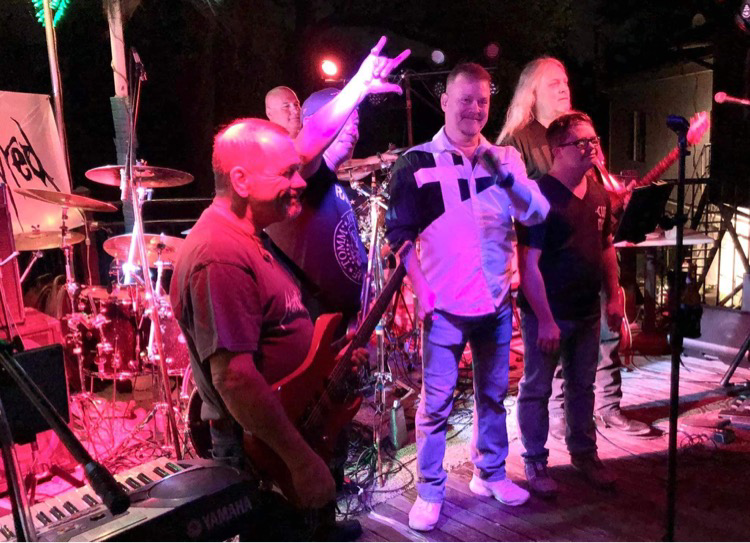 A beautiful 16 X 10 foot mural, pictured here, can be found on the third floor of the west wing in the former city council chambers. The mural titled “ Founding Of the Fortress” was painted by 28 year old Hamilton resident Jack Willard. He received $500 for the painting which was unveiled October 1, 1941, as part of the sesquicentennial celebration. The mural depicts people prominent in the building of Fort Hamilton in 1791. They include the man the county was named after; General Richard Butler, Charles Gano, a government surveyor and Robert McClellan, an army scout. Willard researched a great deal to depict bits of early history and authentic hardwood trees in his mural.
More detailed:
​
An impressive mural painted by a young Hamilton artist escapes the notice of residents and visitors -- unless they have reason to attend a meeting in the chambers of Hamilton City Council.

The 16 by 10-foot "Founding of the Fortress" forms a colorful background in the meeting room in the Hamilton Municipal Building at High Street and Monument Avenue. It is the work of the late Jack Willard, who was 28 years old when he completed the painting.

Unanswered is what will happen in 2000 to the 58-year-old mural when city offices move to a new building at High Street and Martin Luther King Jr. Boulevard.

Willard received $500 for the assignment which was unveiled Oct. 1, 1941, as part of the sesquicentennial celebration that year in Hamilton and surrounding Butler County.

"Founding of the Fortress" -- on the third floor of the west wing of the municipal building, off Monument Avenue -- depicts people prominent in the building of Fort Hamilton in 1791. They include General Richard Butler, for whom the county was named; Charles Gano, a government surveyor; and Robert McClellan, an army scout.

The Hamilton Municipal Building stands on land that was within the wilderness military post built by a small contingent from the U. S. Army commanded by General Arthur St. Clair.

The artist "delved into the history of the Northwest Territory, Hamilton in particular, so that details would be authentic," a 1941 report said in describing Willard's mural.

"Hickory trees, one felled, are utilized for border effects," the article said. "even in selection of the species of trees, Willard chose authentic material -- this was hardwood country."

"Numerous details in the background were gleaned from bits of early history," the description continued. "An encampment of peaceable Indians was located on the west side of the river, bordering a creek which followed a route roughly paralleling what is now Main Street. The lines of the fort, topography, character of equipment -- all were the result of research."

Willard said he struggled with depicting a felled tree. To solve his dilemma, he went into a woods west of Hamilton, cut down a tree and studied the details.

He was a student at the University of Cincinnati and Ohio Mechanics Institute when commissioned to complete the painting.

Later, the graduate of Hamilton High School was employed at the General Machinery Corp. in Hamilton before becoming an award-winning chief artist and designer at the Formica Corp. in Cincinnati. A 1976 Journal-News article said he was the designer of 18 of the 28 patterns in the Formica Citation Series that won an industry design award in 1963.

"My biggest influence," he told a reporter, "was Stella Weiler Taylor (a Hamilton teacher and writer). She would keep me drawing and painting," he recalled.

"Later, about the time I was to go to art school, Dad had been out of work two years," Willard explained. So I worked with a pick and shovel on construction to earn enough money during the summer to pay my tuition and to buy a suit of clothes." He said "my hands would be so callused I'd have to use Vaseline to soften them so I could paint again."

His obituary noted that "64 of his works are on display in various public locations and in private collections throughout the country" and in other nations. An example of the latter is a portrait of Simon Bolivar in Caracas, Venezuela.

One of the most visible exhibits is a series of historical Indian murals in the lodge at Hueston Woods State Park, near Oxford.

An eye-catcher is one titled "Block That Squaw." According to Willard, it shows "some activity, dance, or sport in which the squaws and braves participated together. The only activity that I could find was a form of football." He said "this mural illustrated the game as described in an account of Judge Jacob Burnett, who observed the game in a village in west-central Ohio."

Another, "War Dance," illustrates clothing and head dresses "that one might have seen in Ohio before the white man had been in much contact with these Indians," Willard explained.