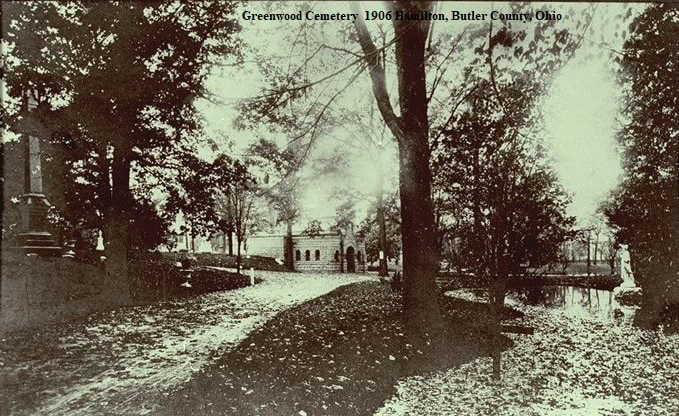 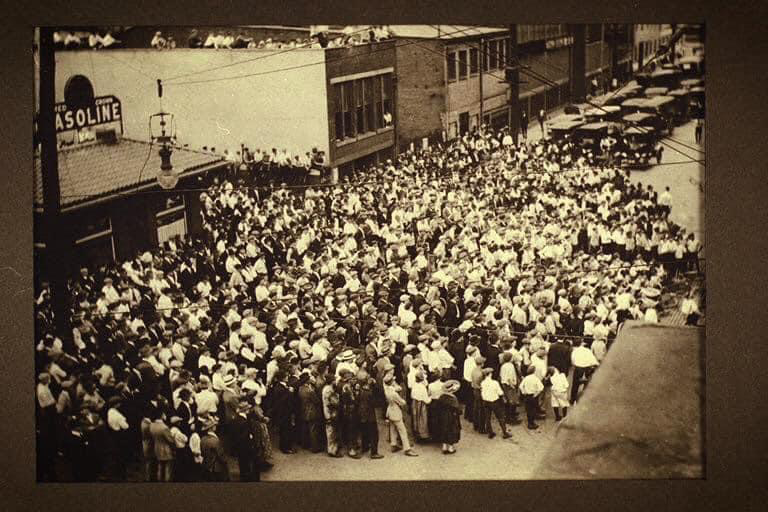 John Hunt Morgan gained fame during the Civil War as a Confederate cavalry commander. Hundreds of books and magazine articles have heralded his exploits, including his daring raid into Indiana and Ohio in July 1863. In contrast, George W. Rue, Morgan's captor, lived in relative obscurity in Hamilton for about 45 years after the Civil War.

After his capture, Morgan and some of his officers were sent to the Ohio Penitentiary in Columbus, but he didn't stay long. The evening of Nov. 26-27, 1863 -- through methods still in doubt -- Morgan and a few of his men escaped after about four months in captivity and returned to the Confederacy.

Morgan was killed at Greeneville, Tenn., Sept. 4, 1864, taking to his grave the answers to many questions and mysteries associated with his daring dash through three states, including a threatened attack on Hamilton the night of July 13-14, 1863.

His captor, Major Rue, was born June 8, 1828, at Harrodsburg, Ky., one of seven children. In June 1846, at age 18, he enlisted in Captain R. B. Thompson's Second Kentucky Infantry. He served under General Zachary Taylor in the Mexican War, fighting in the Battle of Buena Vista. Rue was wounded in the right eye, possibly losing sight in that eye.

He returned to Harrodsburg to recuperate and remained in Mercer County until 1854, working as a builder or carpenter. That year Rue moved to Dayton, Ohio, and married Elizabeth Brown, 27, who died seven weeks after giving birth to their son, Isaac Rue.

In 1855, he moved to Glendale, Ohio, for about eight months before relocating to Hamilton. He was married Dec. 20, 1855, to Amanda Kline, who died in Hamilton in 1889. They were the parents of a daughter, Mary Rue.

Rue was mustered into the Ninth Kentucky Cavalry Aug. 22, 1862, and saw Civil War action Oct. 8 in the Battle of Perryville, Ky.

In early July 1863, he was involved in the pursuit of Morgan's raiders when he became ill. He resumed the chase from Cincinnati July 14.

Rue was mustered out Aug. 21, 1863 -- less than a month after capturing the Confederate leader -- upon completion of his one-year term. He apparently immediately returned to Hamilton then, although evidence is sketchy.

After the Civil War, Rue was a prominent citizen and active in Democratic Party politics in Butler County. He was one of the first door-to-door mail delivery men in Hamilton, but his prime business interests were construction and real estate,

He is buried in Greenwood Cemetery, but there is no grave marker mentioning his Civil War feat of capturing the legendary General Morgan, ending the "panic [that spread] across southern Ohio for 23 days" 140 summer ago.

(This column is the last of a six-part series on Morgan's 1863 raid into Ohio.)

At least six people from Butler County helped guide escaped slaves to freedom in the decades before the Civil War, according to Wilbur H. Siebert, who has been described as conducting "the pioneer study of the Underground Railroad." Siebert listed about 3,200 people "known to have been engaged in this work" in his 1898 book, The Underground Railroad from Slavery to Freedom.

The Butler Countians -- William Elliott, Dr. Cyrus Falconer, Jane Lewis, Dr. Loammi Rigdon, Dr. William H. Scobey and John Woods -- were among 1,540 Ohioans and 1,670 people in other states named in Siebert's book. The six Butler County participants were part of a network that, according to a map in Siebert's book, extended from the Cincinnati area through Hamilton to Richmond, Ind.

Siebert's numbers for UGRR leaders in surrounding counties are: 54 in Hamilton, 36 in Clermont, 28 in Warren, 14 in Preble and 10 in Montgomery counties in Ohio; four in Dearborn, eight in Union, 37 in Wayne and none in Franklin counties in Indiana.

The Ohio State history professor didn't identify his methods or sources for naming six Butler Countians. He also didn't claim to have included everyone involved in the Underground Railroad.

The 1882 county history said Woods left his "impression on almost every public improvement in and about Hamilton," including the canal, railroads, turnpikes, hydraulic canals and education.

While in Congress, Woods negotiated federal assistance for extending the Maimi Canal north from Dayton to Toledo and Lake Erie. As president of the Junction Railroad (Hamilton to Oxford), he promoted the merger of Hamilton and Rossville during the construction of the railroad. Voters approved the consolidation in April 1854. The union was completed in February 1855 and accepted by the state March 10, 1855. Woods died July 30, 1855.

Dr. Cyrus Falconer -- also a Pennsylvania native -- was raised in Rossville, attended Miami University, the Ohio Medical College, Cincinnati Medical College and studied medicine under Dr. Robert B. Millikin in Hamilton before being licensed in 1832. He was a founder of the Butler County Medical Society in 1837.

"He accompanied his father on his last trip to New Orleans on a flatboat down the Ohio and Mississippi," said the 1882 county history. " It was on this romantic trip that he became instilled with abolition principles. He witnessed slavery in its worst form; and the cruelties and degradation seen by him made a lasting impression upon his mind." Falconer lost two sons in the Civil War.

Dr. Loammi Rigdon -- another Pennsylvania native -- graduated from Transylvania Medical College in Lexington, Ky., and practiced medicine in Wilmington and Lebanon before coming to Hamilton in 1826.

Dr. William H. Scobey practiced medicine in the Oxford-College Corner area until 1838. That year he moved to Rossville and in the 1850s was a leader in the merger of Rossville and Hamilton.

Because Siebert didn't provide sources or biographical information, the exact identities of William Elliott and Jane Lewis are uncertain.

One William A. Elliott was a merchant and businessman in Rossville who also owned a farm, grist mill and saw mill at the mouth of Four Mile Creek, north of Hamilton. He also supplied stone and railroad ties for the Cincinnati, Hamilton & Dayton Railroad. "He could not witness anyone suffering without shedding tears of sympathy, and was the most charitable man I ever met," said Dr. Henry Mallory in his 1895 book, Gems of Thought and Character Sketches.

Another possibly is William J. Elliott, a native of Ross Township, who was county coroner (1835-39), sheriff (1843-47) and a pork packer before moving to Indiana.

Jane Lewis may have been the woman who lived for almost 40 years in what is now known as Lewis Place, the Oxford residence of Miami University presidents since 1903.

She came to Oxford in 1837 with her husband, Romeo Lewis, and three orphaned girls -- two of Jane's sisters and one of Romeo's nieces, according to Ophia Smith in Old Oxford Houses and the People Who Lived in Them. Romeo Lewis died in 1843, at age 48, four years after building his Oxford mansion. His widow, Jane Lewis, remained in the house until her death in 1888, at age 80.

The Elliott and Lewis voids are typical of the many unsolved puzzles associated with the Underground Railroad. As Siebert noted, "there is something mysterious and inexplicable about the whole anti-slavery movement in the United States."