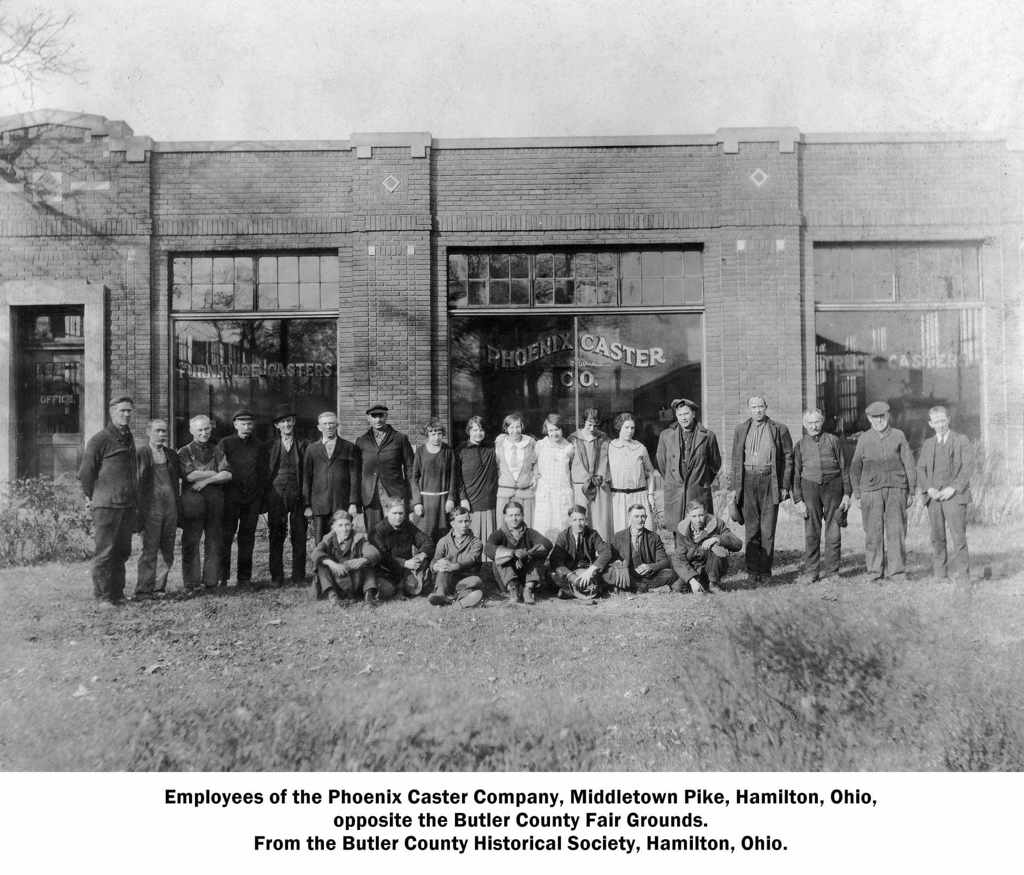 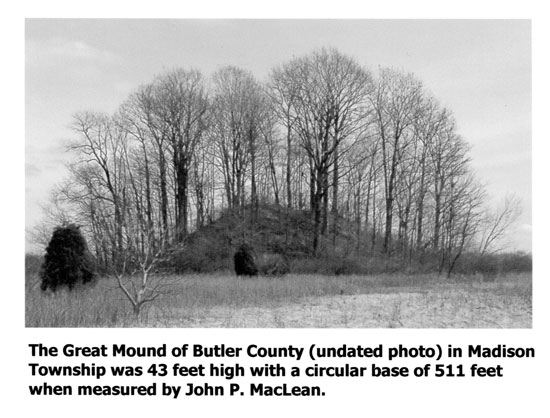 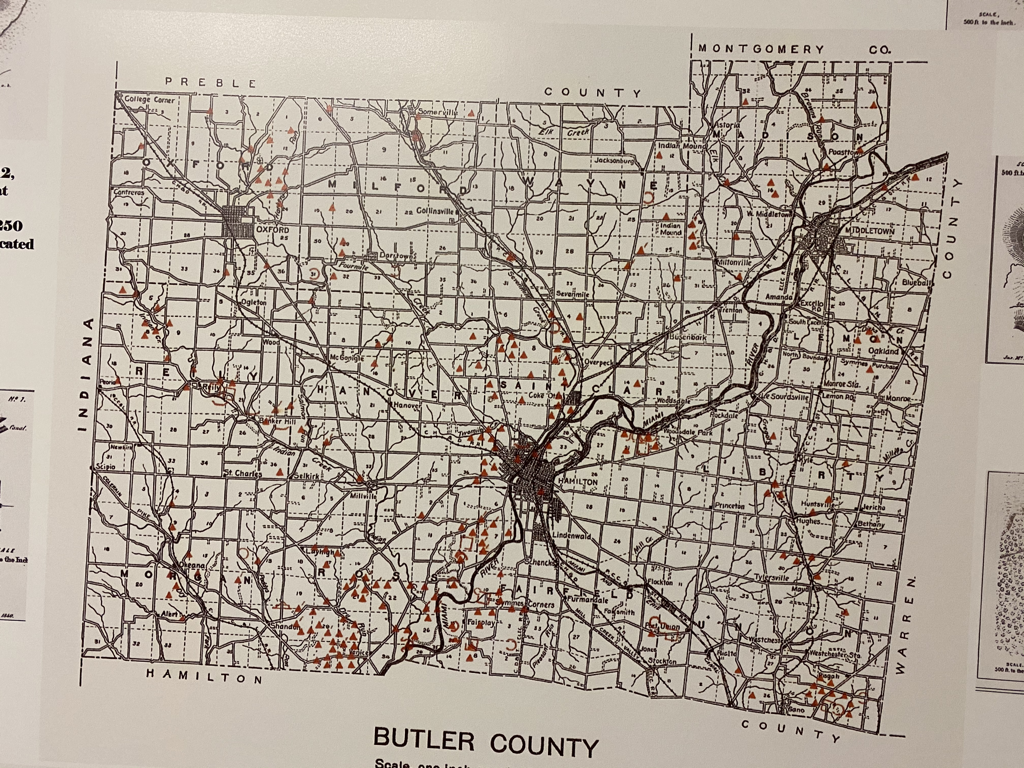 Download File
"Butler County may truthfully be said to be one of the most interesting spots on the continent so far as its archaeological remains are concerned." said John P. MacLean in describing the area in 1879.

After measuring and mapping many of Butler County's earthworks, MacLean concluded that "some other areas have more extensive mounds but they do not present a greater variety, or a more complete system of protection" than these found here.

About 250 mounds and enclosures were found in Butler County in 1879.
​
Archaeologists believe there were a variety of uses for the mounds, including worship and protection.

Several mounds identified in MacLean's book as in townships now would be within Hamilton's corporate limits.

For example. MacLean described an "interesting formation" in the northwestern quarter of section 29 of St. Clair Township on the estate of T. L. Rhea.

He said it was "situated between the two forks of Two Mile" and "consists of a ridge about a quarter of a mile long, 100 feet wide at the base and 10 feet high. It bends in and out and rises and falls, giving the appearance of a serpent in motion."

MacLean believed that some of the Butler County mounds were part of a prehistoric communications system.

"Upon one of the highest hills in Madison Township stands the largest mound in the county. From it a fire on the Miamisburg mound could be easily seen," said MacLean. "The watchmen then lighting his fire could warn the watchmen on the other towers almost instantly."

This mound — which survives in section 19, north of Trenton and east of Wayne-Madison Road — was one of 12 reported in Madison Township.

"At 22 clinic feet per load, this would give 36,476 wagonloads, which, allowing 10 loads per day, would take one man nearly 12 years (not including Sundays) to remove the mound, say a distance of one mile, MacLean calculated. "This will give you some idea of the great labor bestowed upon this structure."

"But when we consider that the most primitive methods were used, and the earth carried in sacks thrown across the shoulders, or else in vessels, the labor, at once, is seen to have been stupendous."

"This mound has a commanding view of the country for 20 miles around," said MacLean, who believed it was part of a signal system extending along the valley of the Great Miami River." 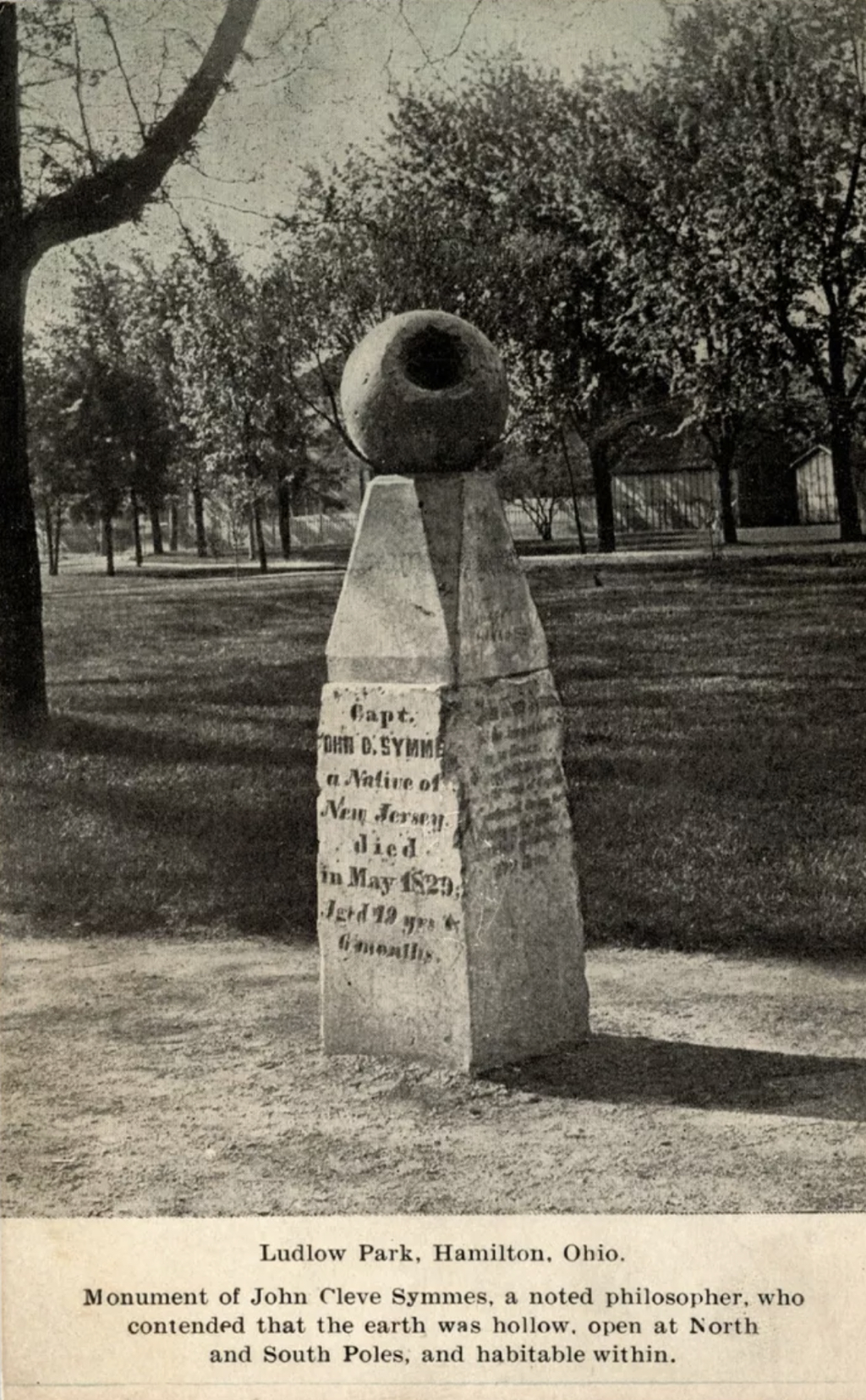 "On the north the descent is inconsiderable, making it easy of access. The embankment, composed of a stiff clay mingled with stone, and having a height of five feet by 35 feet base, skirting along the brow of the hill, and generally conforming to its outline, encloses an area of a little over 16 acres, the interior of which gradually rises to the height of 26 feet above the base of the wall."
He found four gateways -- each about 20 feet wide -- in the embankment surrounding the summit. One gateway, he said, "opens upon a natural parapet." McLean also charted embankments and stone mounds within the enclosure.
"That it was constructed for purposes of defense is beyond all question," MacLean wrote. "The position it occupies is naturally strong, and the artificial defenses exhibit a great degree of skill. Every avenue is strongly fortified."
An enemy that penetrated a gateway, MacLean believed, would "meet with a complex system of walls calculated to mislead and bewilder." He didn't mention any evidence of a tunnel leading to the river. 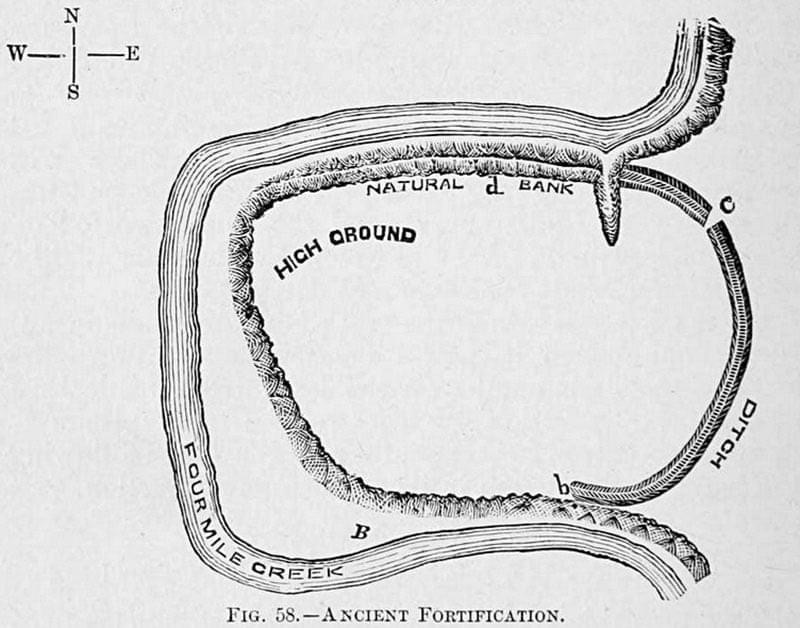 Above: A Mound Builder fortification mound that sat in a bend of Four Mile Creek on the farm of H. H. Wallace, between Oxford and Milford Townships in Butler County, Ohio. The original illustration was from the 1832 survey by James McBride. From “The Mound Builders, Archeology of Butler County, Ohio”, 1893, by J. P. MacLean, Cincinnati: Robert Clarke & Company.