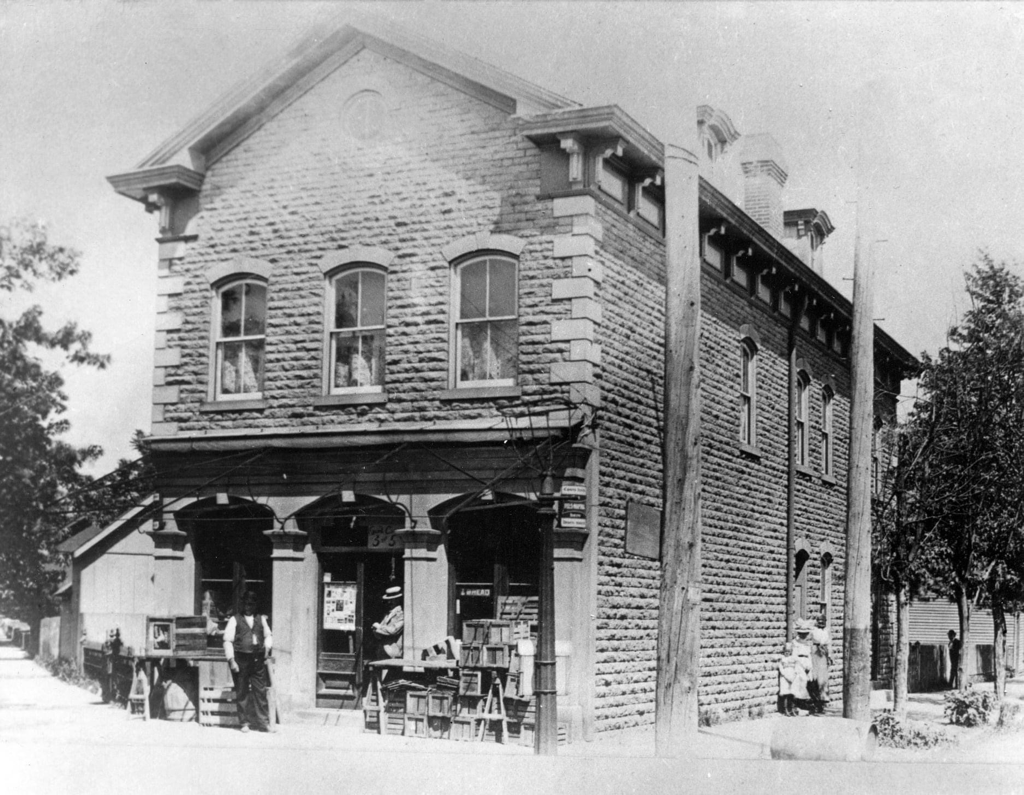 Stone House, built by John Booth, ca. 1905. It was the Kolbenstetter Grocery at the corner of Greenwood Avenue and Heaton Street at this time. John Booth and Fred M. Kolbenstetter are standing in front of the building. People on the side of the building are not identified. John Booth was a stonemason who built this building. He also worked for Henry Frechtling (also a stonemason) in the construction of the C. I. & W. (earlier the C. H. & I.) stone archways. This building later became the Stone Tavern, Greenville and Heaton, Hamilton, Ohio. Photo from the Butler County Historical Society, Hamilton, Ohio. 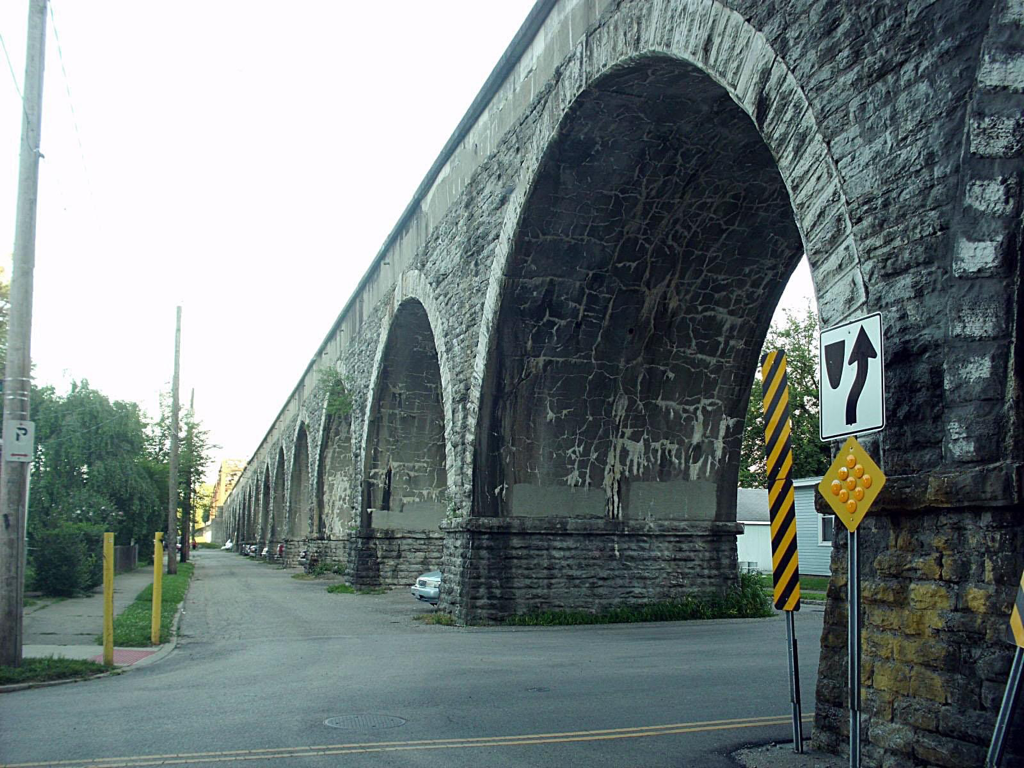 Photo of the Stone Railroad Archway that John Booth worked on. It is still in use in Hamilton, Ohio.
Tim Meehan - Henry Frechtling -- born Dec. 2, 1823, in the former German state of Hanover -- went to work full time at age 15 and learned stonemasonry by 17. He migrated to the U. S. in 1845, working briefly as a lamplighter in New Orleans before moving to Cincinnati and Liberty, Ind. He came to Hamilton in 1853, utilizing his stonemason skills in supervising the building of the Junction Railroad's bridge over the Great Miami River between Hamilton and Rossville. So it appears John Booth worked on the archways, then built his building later on Heaton and Greenwood.