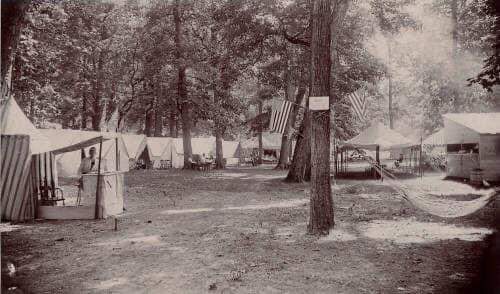 This circa 1900 photograph shows many campsites at the Woodsdale Island campground.

Woodsdale Island became a popular campground for Butler Countians around the turn of the 20th century. Canal boats and the Cincinnati, Hamilton & Dayton Railroad were used to get there. Folks would spend most of the summer at Woodsdale, with different friends and members of the family coming and going. They even put on programs in the evening for entertainment. Woodsdale was south of Trenton on the Great Miami River. On the other side of the river from the campgrounds was the Miami and Erie Canal.

Woodsdale is an unincorporated community in Madison and St. Clair Townships in central Butler County. It was established in 1867 by the Beckett Paper Company and was formerly a stop on the Cincinnati, Hamilton, and Dayton Railroad. 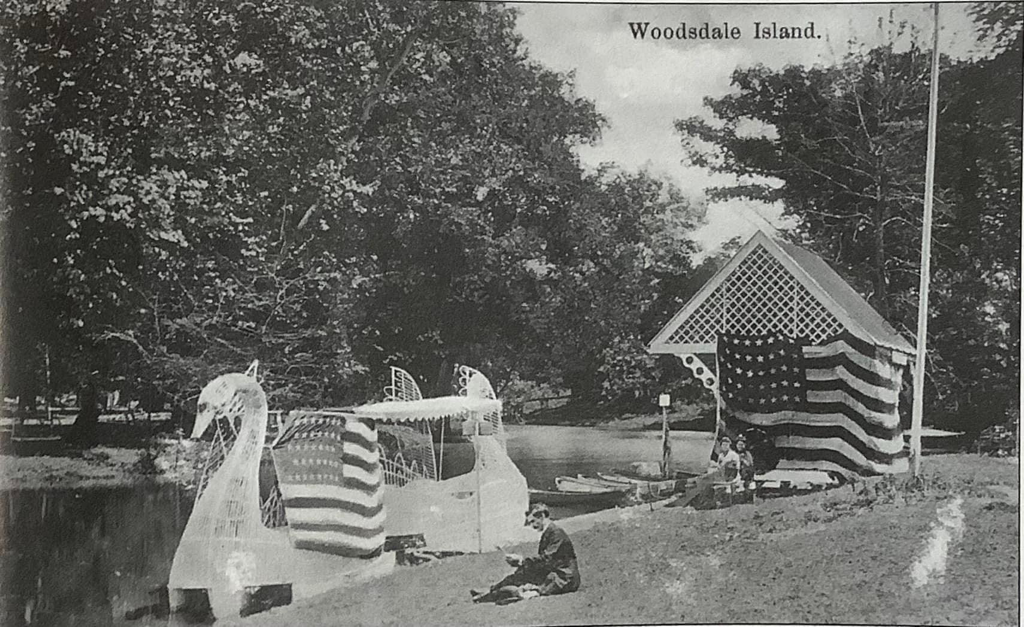 One of the special attractions at WOODSDALE ISLAND PARK were the swan boats as shown here. Powered by a naphtha engine, the larger boats could seat up to 20. 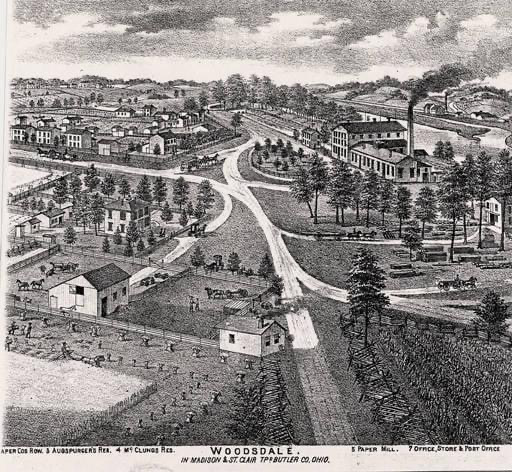 Above: Illustration of Woodsdale as it was in 1875, with the paper mill sitting by the Great Miami River. Woodsdale is a community in Madison and St. Clair Townships in central Butler County, Ohio, about three miles northeast of Hamilton. It was established in 1867 by the Beckett Paper Company and was formerly a stop on the Cincinnati, Hamilton, and Dayton Railroad. It is also the location of the Samuel Augspurger House & Farm and The Augspurger Schoolhouse both of which are on the National Register of Historic Places. 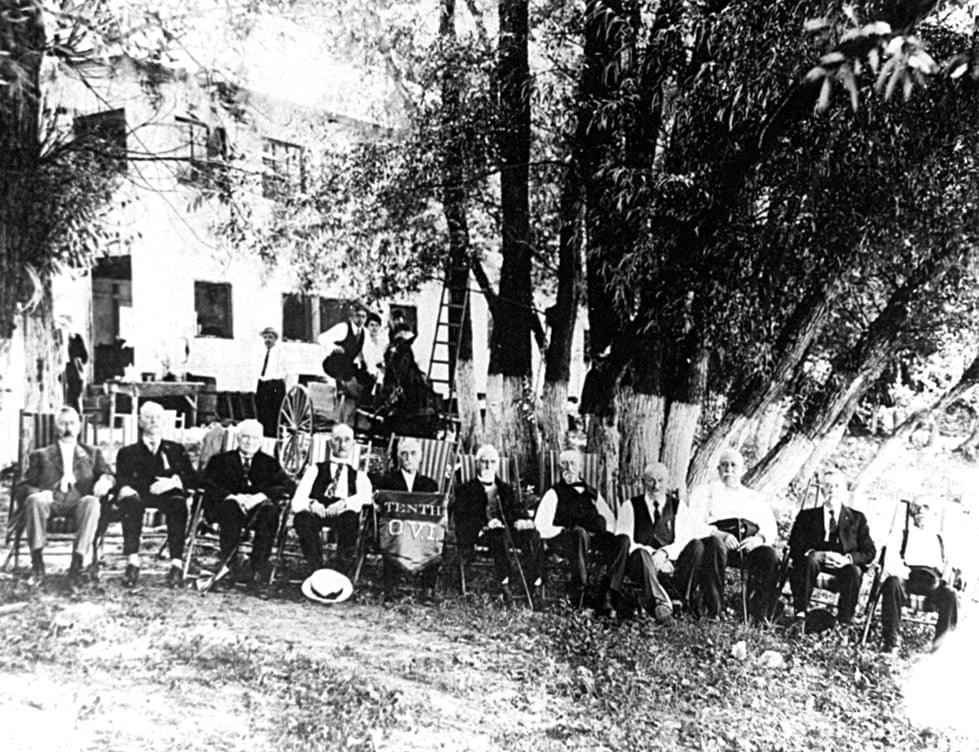 Above: War Veterans at Poverty Flats on the south side of the Miami River near Woodsdale, Ohio, ca. 1915. "Poverty Flats" was a camp owned by "Chicken" Dingle, famous for fried chicken, near the Boat Club. It was destroyed by the 1913 Flood. Among those pictured are John J. Murphy. Celia Murphy and Loretta Murphy are on the wagon. They hold a banner for the Tenth OVI. This is Joe Miller's regiment. The 10th Ohio Infantry Regiment was in the Union Army during the American Civil War. The regiment was also known as the Montgomery Regiment, and the Bloody Tenth. The 10th Ohio Infantry was predominantly recruited from Irish Americans, but had two companies consisting of German Americans. From the George C. Cummins “Remember When” Photograph Collection. Donated by the family of George C. Cummins. Photo used courtesy of the George C. Cummins "Remember When" Collection at the Hamilton Lane Library, Hamilton, Ohio.