Lindley Hall or Lindley's Hall was on the southwest corner of Front and High streets in Hamilton. The second floor auditorium was a social center and a site of meetings, stage shows and productions and dances. Listed in 1908 city directory. The building was erected in 1852 by the First Universalist Society of Hamilton and was used for church purposes until 1885. After that date the second floor was headquarters for the Butler County Cycle Club during the bicycle craze of the 1890s. The Queen Theater was listed on the second floor at the same address in the 1910 city directory, but not in 1912 and 1913. The building was demolished about 1940. Until Saturday, Nov. 21, 1931, the building also had been Hamilton's bus station. The Hamilton Union Terminal at 40 High Street opened on that date. The previous bus ticket office across High Street had been "everything from a church to a saloon," according to a 1931 newspaper report. "The old building is known to have been in existence as early as 1846. The second story housed the Universalist Church. The large hall in which the congregation worshipped subsequently became an armory, dance hall and a billiard hall," the article said. "The lower floor has been occupied by the United States post office, a jeweler, a billiard hall and a saloon." The article said "when touring cars and buses first began running from Hamilton to the neighboring cities, this corner became their starting point and in time the ground floor was remodeled into a waiting room and station." 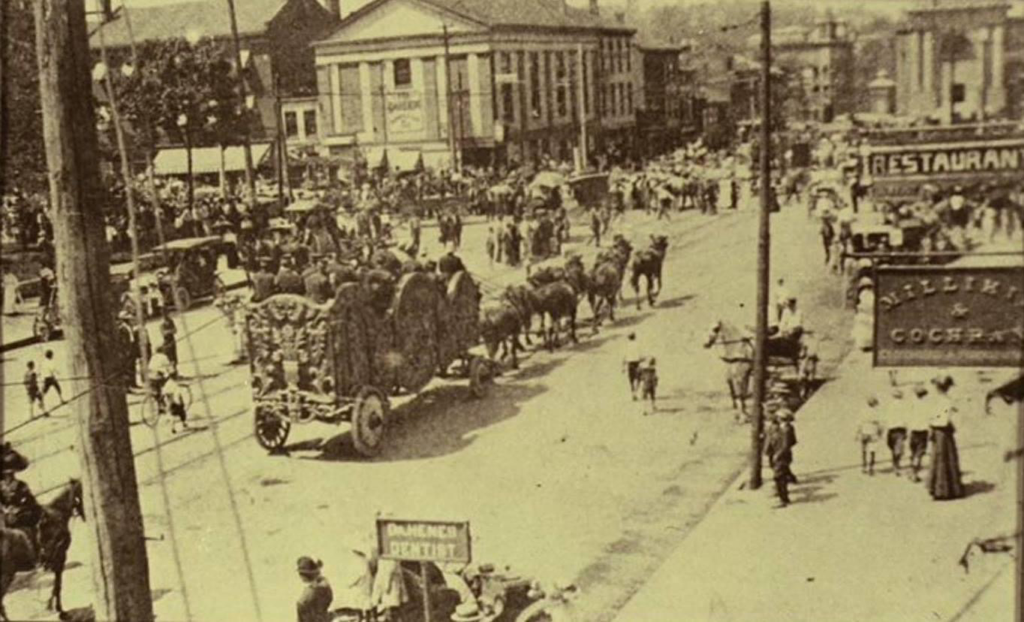 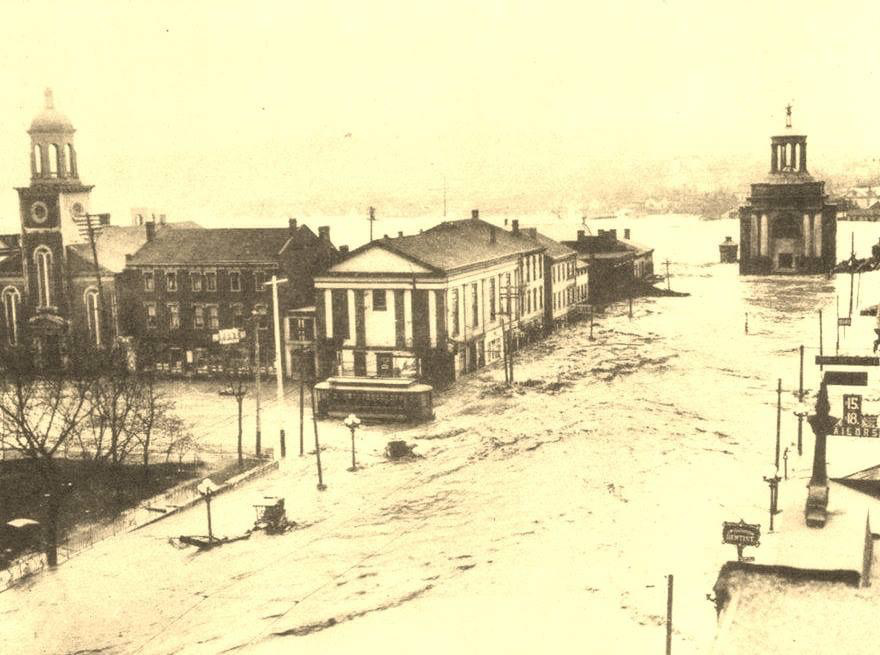 1913 - Raging floodwaters on High St looking west towards the monument. 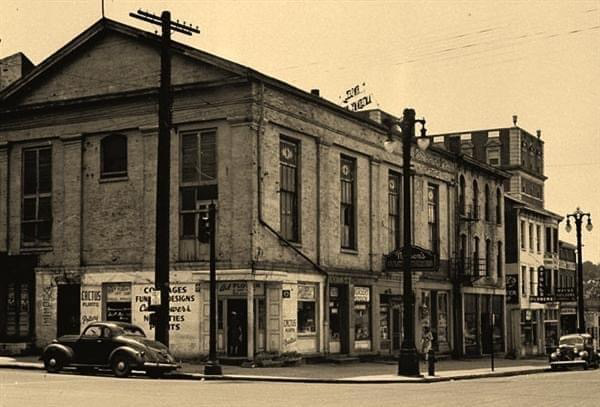 Circa 1941 just before it was demolished 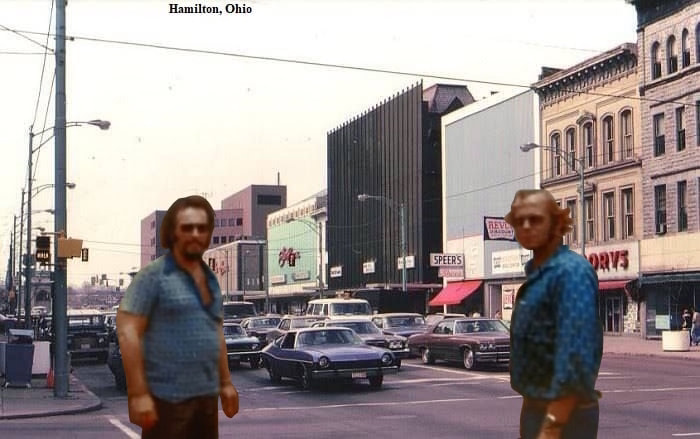 In 1860, before the civil war, before the emancipation proclamation, the Hamilton Chapter of the Frederick Douglass Literary Society met every Friday at Military Hall located on the south side of High St. between Front. St. and River (now Monument Street. 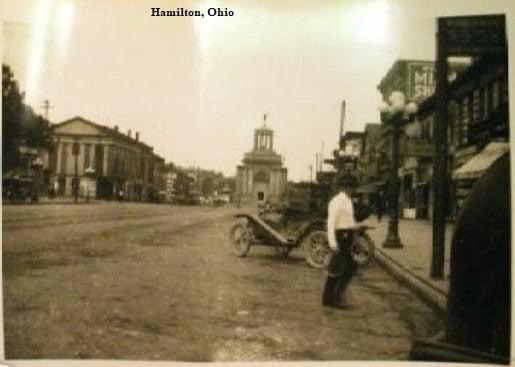 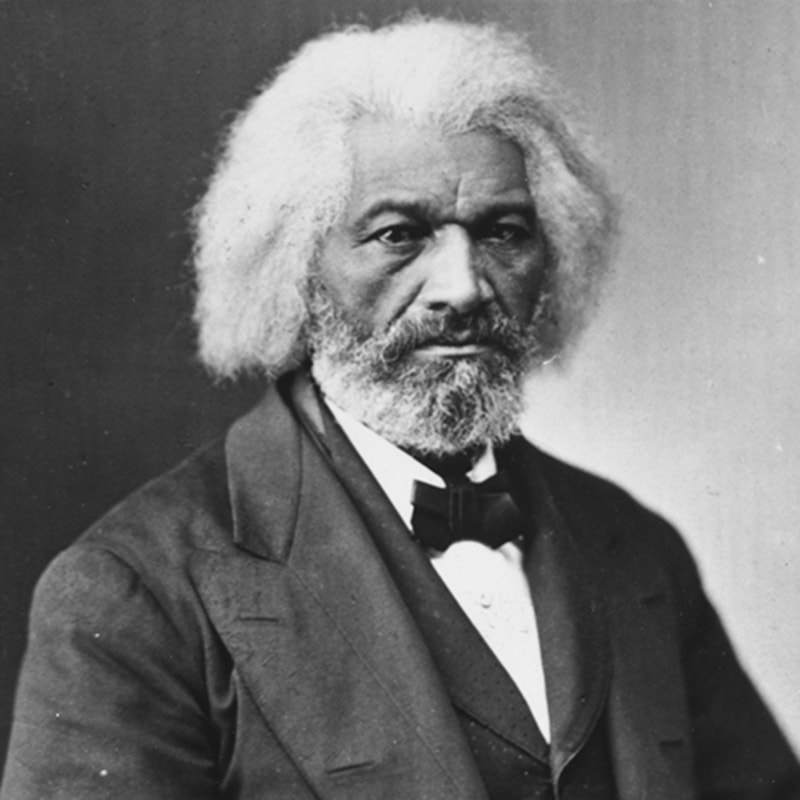