We were left behind twice.

The canal was built in 1827 over a mile away from the city. We had to build a connector called “the basin” to bring it into Hamilton.

Then in the 1950s came the construction of the new interstate highway I-75, part of a nationwide system and one which bypassed the city. A decision made to reduce traffic through the city resulted in cutting it off from the newest transportation network, and businesses were drawn to areas outside with access to the highway.
Then in 1999 we had to build another connector, the Butler County Veterans Highway, Hamilton was the second-largest city in the United States without direct interstate access.

On 30 March 1975, Easter Sunday, James Ruppert murdered 11 family members in his mother's house at 635 Minor Avenue in Hamilton, in what is referred to as the "Easter Sunday Massacre". The murders shocked the town of Hamilton and the entire country. This was the deadliest shooting inside a private residence in American history.
YOURE STANDING WHERE WATER ONCE STOOD
The great flood of 1913 was 9 foot downtown Hamilton and 18’ deep in the North End
John Cleves Symmes Jr. (November 5, 1780[1] – May 28, 1829[7]) was an AmericanArmy officer, trader, and lecturer. Symmes is best known for his 1818 variant of the Hollow Earth Theory, which introduced the concept of openings to the inner world at the poles. 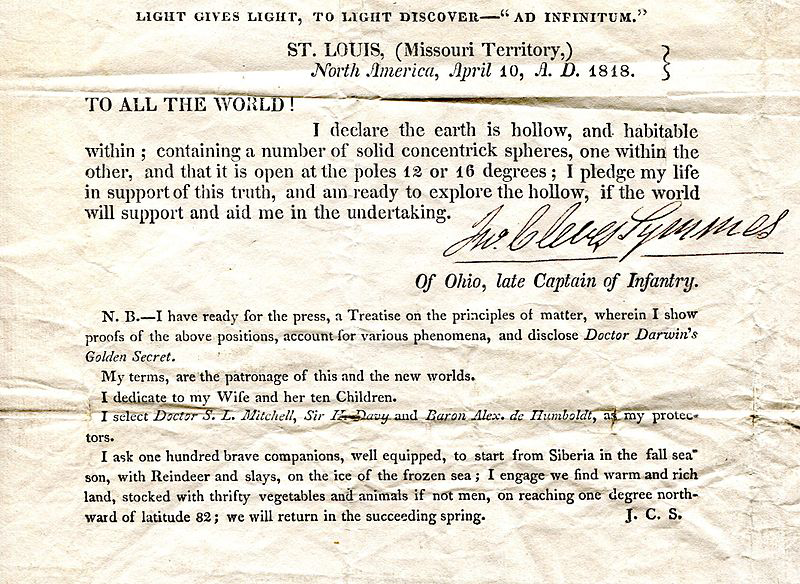 Downtown Hamilton had eight movie theaters in the 1920s

The Linden in Lindenwald
​The Rossville theater 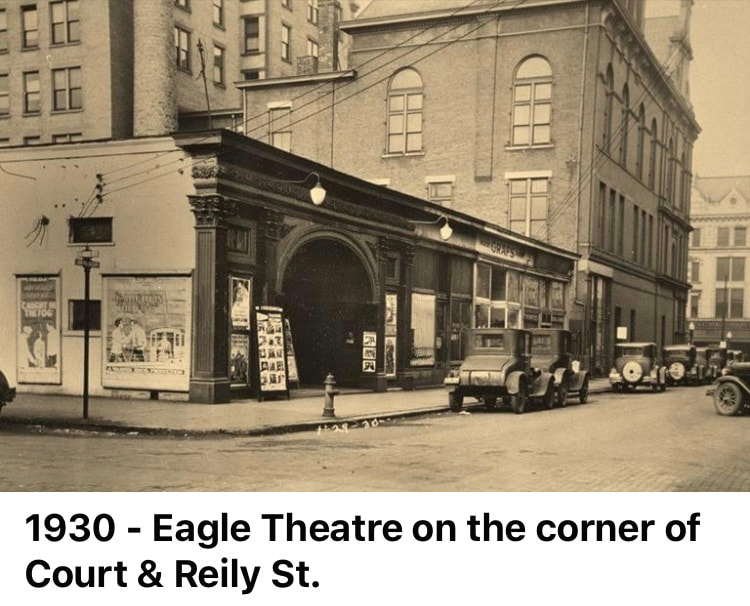 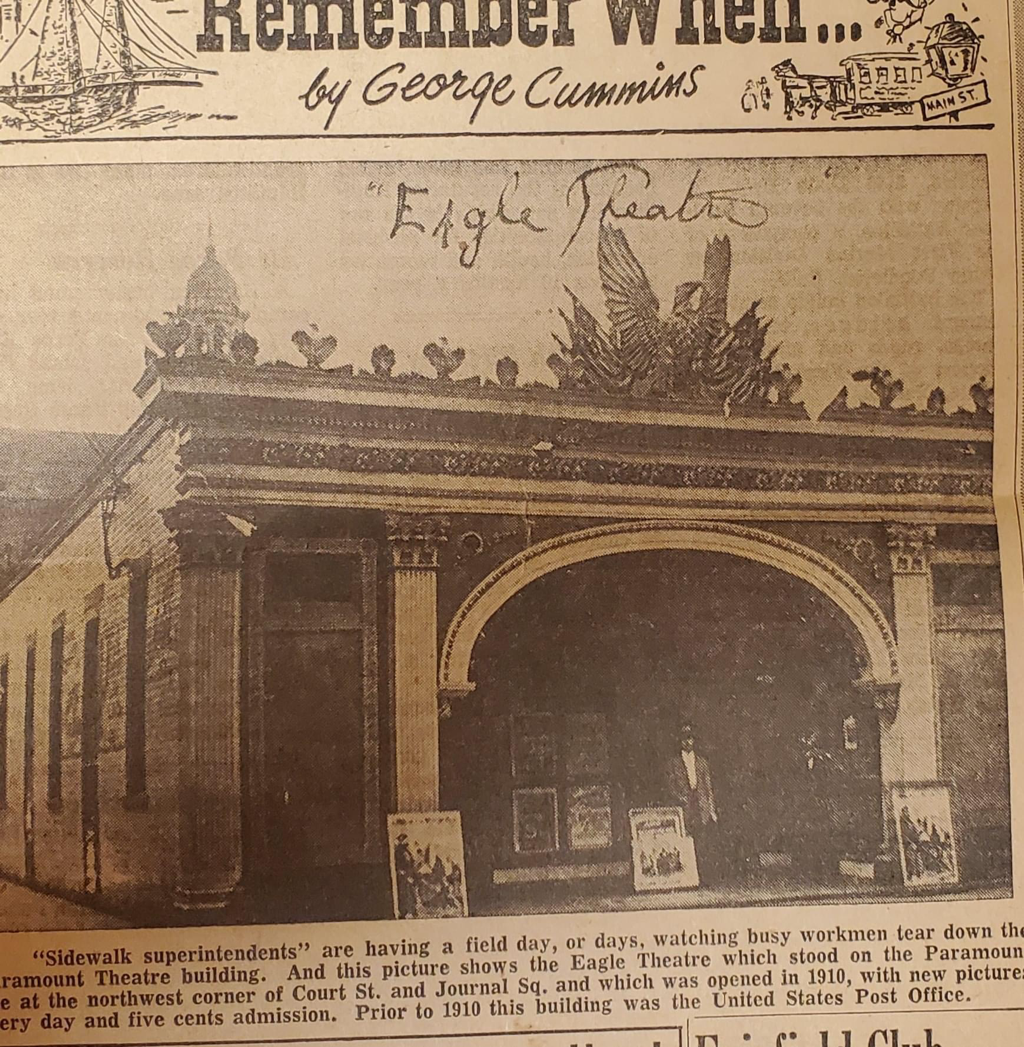 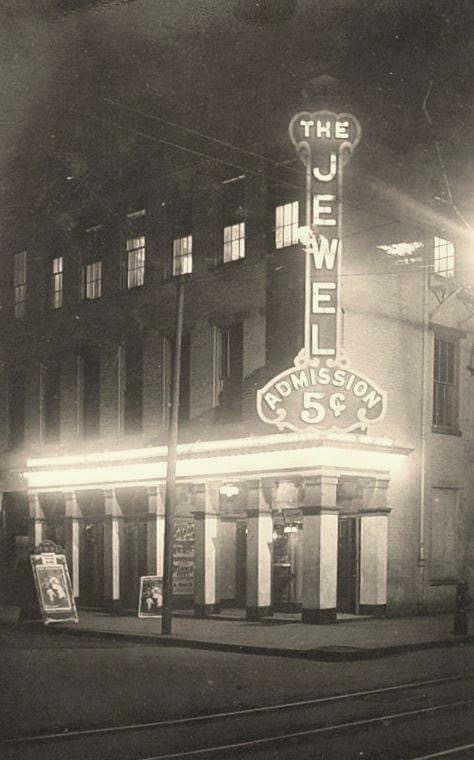 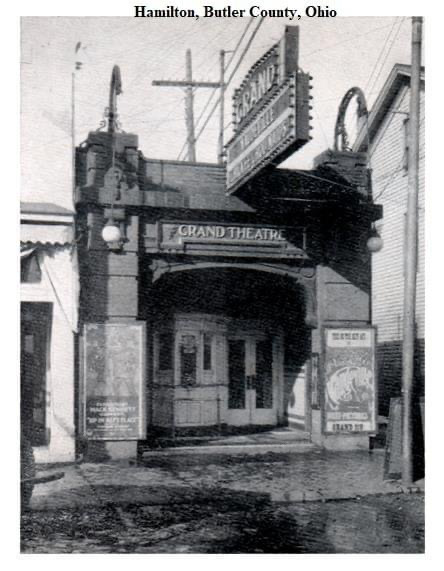 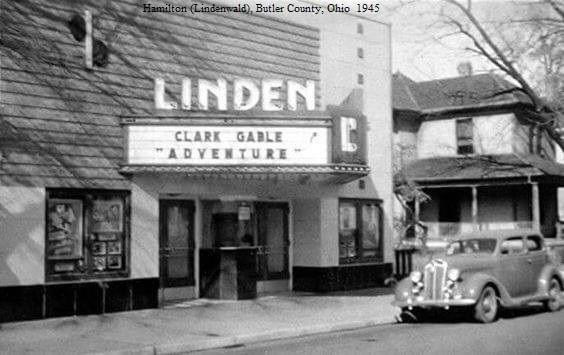 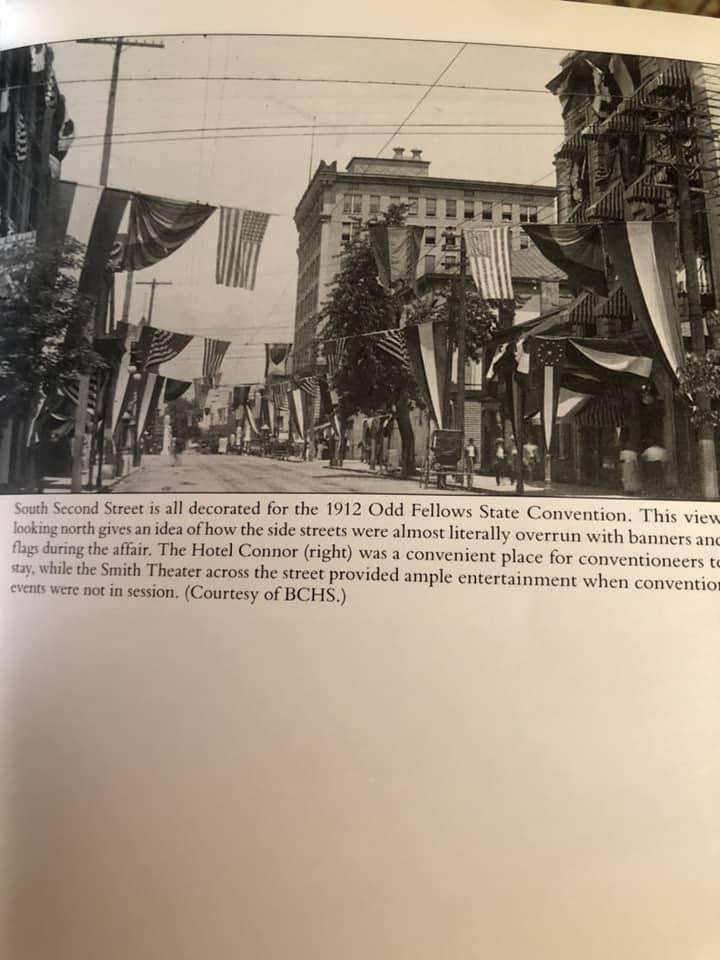 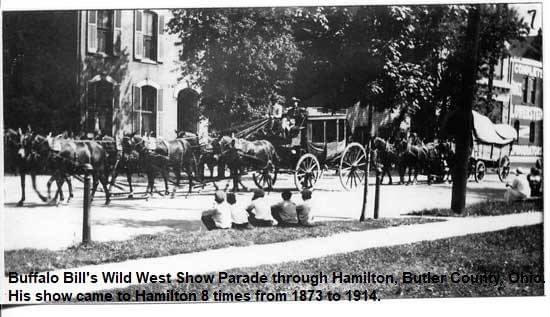 Buffalo Bill, byname of William Frederick Cody, (born February 26, 1846, Scott county, Iowa, U.S.—died January 10, 1917, Denver, Colorado), American buffalo hunter, U.S. Armyscout, Pony Express rider, Indianfighter, actor, and impresario who dramatized the facts and flavour of the American West through fiction and melodrama. His colourful Wild West show, which came to be known as Buffalo Bill’s Wild West and Congress of Rough Riders of the World, evolved into an international institution and made him one of the world’s first global celebrities.

Annie Oakley, from Greenville, Ohio, was an American sharpshooter who starred in Buffalo Bill's Wild West show. Oakley developed hunting skills as a child to provide for her impoverished family in western Ohio. At 15 she won a shooting contest against experienced marksman Frank E. Butler, whom she later married.

Taps played at 9 PM every evening during World War I

"People of the West Side each night at 9 p.m. show their loyalty and their devotion to the boys 'over there' and also the boys in the various camps and cantonments," a newspaper noted. "This is done in a way that brings the war spirit closely home to the people of that section of the city."

"Several weeks ago James P. Dick began sounding 'Taps' at promptly 9 p.m. each evening at his home on Cleveland Avenue, in honor of the boys in his neighborhood, with the suggestion that at that hour the people stop on the streets or in their homes and for a few moments give their thoughts and prayers to the boys in khaki," the account continued".

"Another, Henry Georgenson, of Park Avenue, who has two brothers in the service, has now joined Dick and also each evening at 9 p.m. sounds Taps' on his cornet.

"He usually waits to hear Dick and when the sound of Taps' from Cleveland Avenue die away, Georgenson answers," the newspaper explained.

"The effect is electrifying -- as the spirit of the Great War is thus brought home to the people of the West Side, especially those living north of Main Street."

The article said "the people have come to await with expectancy the sounding of 'Taps,' and for the moment all conversation or amusement or work is stopped, and the people remain in silent meditation for the brave boys in khaki."

"The hour of 9 p.m. has become an hour of sacred meditation for the people of the West Side."

"Last night at 9 p.m.," the newspaper said, "a pathetic scene was witnessed at N, D Street and Park Avenue. A man and wife of middle-age were homeward bound at the first sound of Taps' by Georgenson. "They hesitated not an instant. Almost in the middle of the street they stopped.

"The man removed his hat and as 'Taps' were sounded, each stood with bowed head, no doubt in prayer, as they thought of the boys who have gone forth at their country's call to make the world safe to live in."

The newspaper said "it has been suggested that in other sections of the city this plan be taken up and each night at 9 p.m. 'Taps' be sounded in honor of the l,300 young men of Hamilton now in service."

A report after the war's end said more than 1,300 men from Hamilton entered the armed forces