We are standing in "New France" 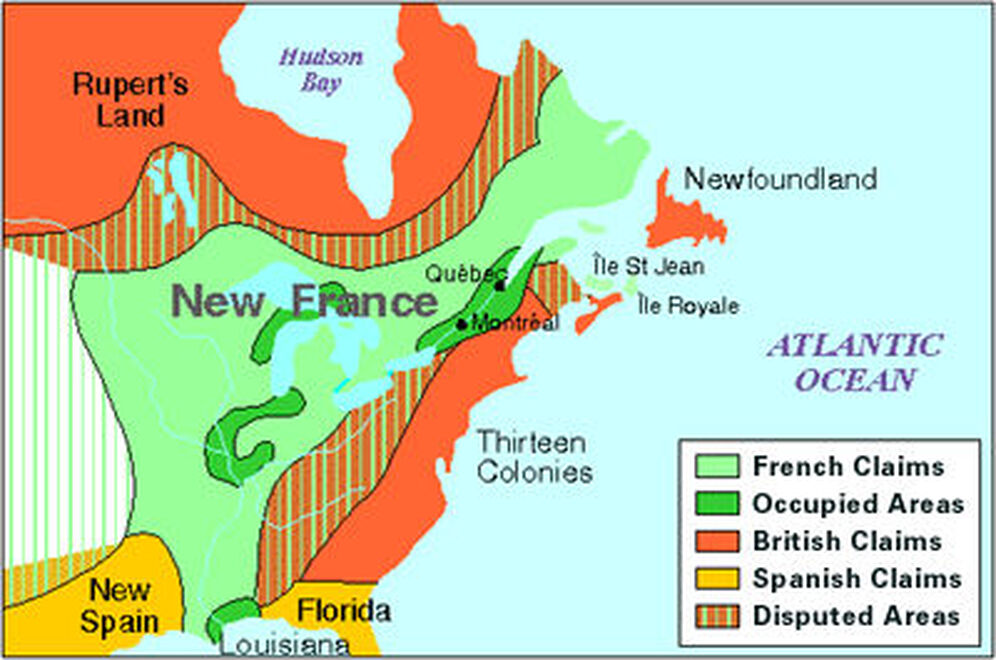 In 1748, Celeron de Bienville and 250 French soldiers proceeded from Pittsburgh to the Great Miami River, planting the plates as they went.
​
There were no clear dividing lines that separated New France from the British colonies so constant disagreements arose about who could claim what land. Specifically, regions around the Ohio Valley into the Ohio River and up near the Great Lakes produced the largest controversy. France, who first discovered the Ohio country, claimed control because they had not only arrived in that area first but also established trading centers to ensure a lasting hold on the region. In contradiction, Great Britain demanded ownership because the land grants issued by the monarchy allotted the colonies with claim to all areas expanding from the east coast to the not- yet-settled west coast. Since there was no specific border, British colonists, unhappy with the overcrowding occurring on the East coast, expanded their settlements into “French” lands, taking over already established areas for their own specific use. The French and many Native American nations were frustrated with these imperialistic actions of the British.