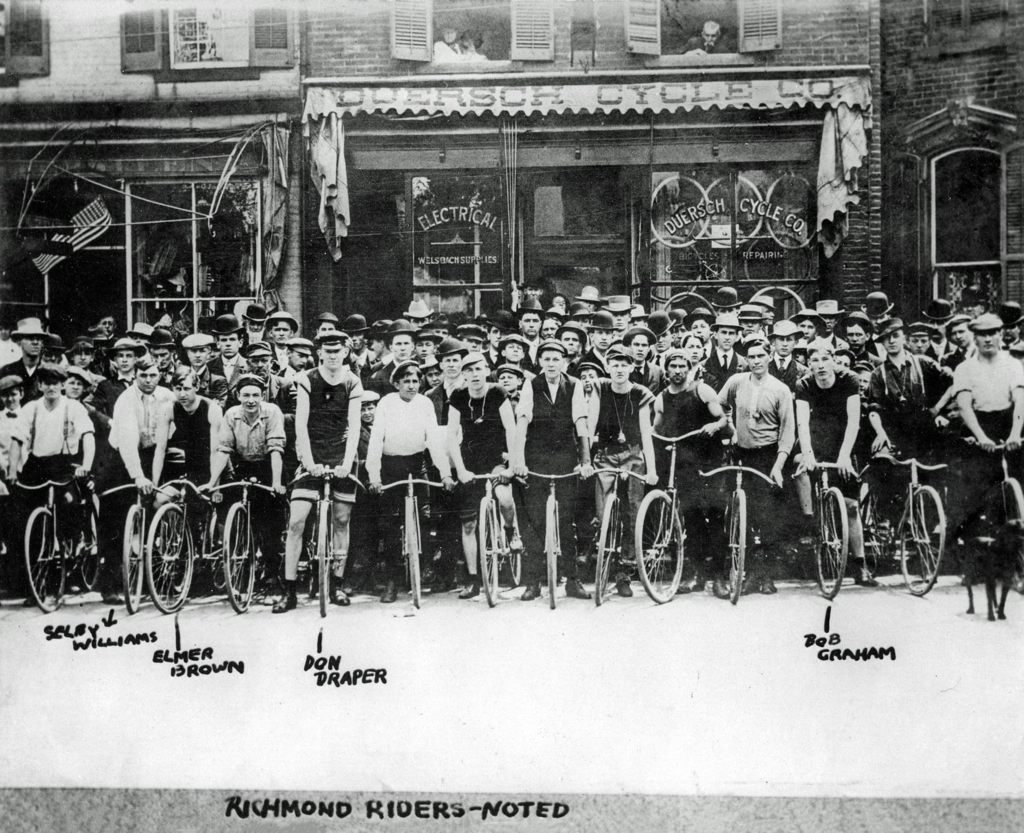 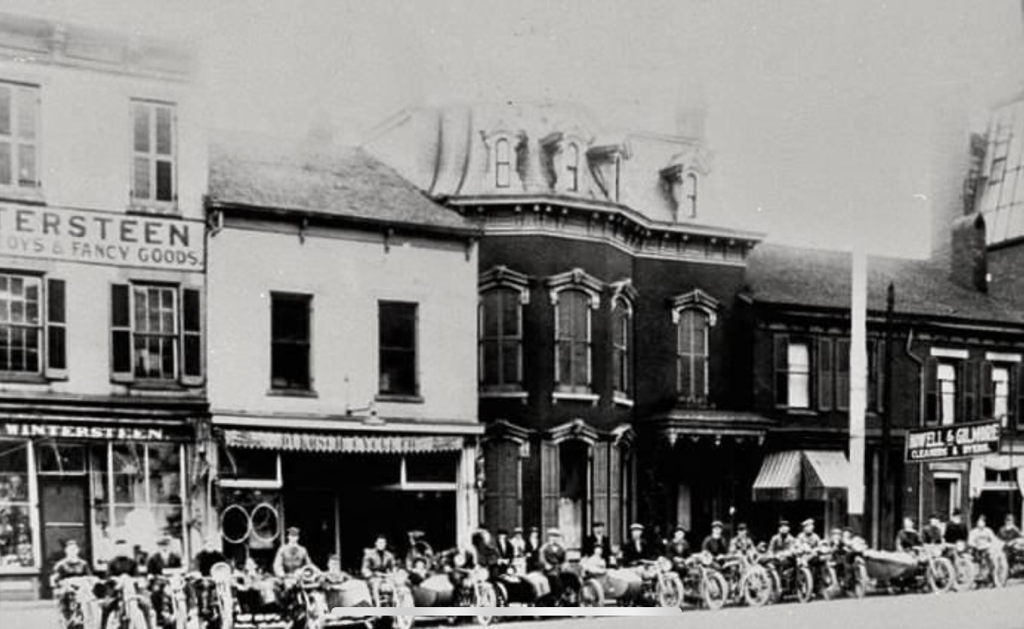 Cycling was so firmly established in the U. S. in 1900 that the editors of The Literary Digest predicted that the automobile would "never, of course, come into as common use as the bicycle."
# # #

"Campbell Avenue is the place to see the pretty girls gliding along gracefully on their wheels," reported the Hamilton Daily News. "Some of them look especially pretty in their new costumes."

The newspaper also urged that "the residents on the avenue should, early in the evening, sprinkle the street to lay the dust" and "make the pleasure more delightful."

Those 1897 comments mirrored the rising interest and investment in bicycling a century ago. Newspapers reflected the trend, including the Daily News, whose columns in 1897 included fashion suggestions for female "bicycle costumes for elegant occasions."

The fad is credited with revolutionizing women's clothing, including encouragement of shorter skirts.

The 1890s cycling craze is regarded as the first sporting activity to include female as well as male participants.

It also was a social event. Bicycle activities were reported in the society columns of local newspapers.

For example, an article headlined "Bicycle picnic" said: "A number of young ladies met this afternoon at the home of Miss Luella Parrish and from there left on a bicycle picnic. Well-filled lunch baskets were strapped to the wheels, and after a 10-mile ride, supper was partaken in the woods. "Among the party," the report said, "were Misses Nell Laurie, Luella Parrish, Josephine Slater, Neil Schroeder, Grace Black, Mary Curtis, Bessie Roll and Pearl Woods."

Campbell Avenue -- mostly developed in the 1880s -- attracted social riders in Hamilton in the 1890s. With a park dividing its lanes from North Seventh Street to beyond North 10th Street, it provided an ideal promenade for bikers interested in meeting members of the opposite sex.

In Hamilton and across the nation, campaigns for street and road paving were promoted by bicyclists, not motorists. In 1897, when the Daily News suggested that Campbell Avenue residents "sprinkle the street to lay the dust," there were no paved streets in Hamilton or paved roads in Butler County. The paving of High Street from the river to Fourth Street started that year.

The Butler County Cycle Club and local members of the League of American Wheelmen joined forces in 1897 in promoting a 10-foot cinder path as a bike course. It began at Fourth and High streets, extend east along High to Seventh, then north to Campbell Avenue. An extension south along East Avenue also was proposed.

With about 3,000 bicyclists in the city, a $1 annual license was suggested. Proponents advocated using "the money for keeping the streets in repair, or laying a cinder path on many of the streets."

The military also joined the bicycle craze. In April 1897, the Hamilton Rifles -- a local state militia group, comparable to today's National Guard -- voted to establish a bicycle corps among its members. Three months later, the group demonstrated for the public.

"The Hamilton Rifles, 30 men in rank and file, gave a very fine drill while mounted on bicycles on High Street," the Hamilton Democrat reported July 7, 1897.

From April through September, there were varied weekend events for bikers. One of the most ambitious was a sojourn planned by the Butler County Cycle Club. It was a two-day round trip on Memorial Day weekend from Hamilton to Columbus, Ind., over graveled and mud roads.

Earlier in 1897, members of the Chicago Cycling Club arrived on a Sunday morning on the Cincinnati, Hamilton & Dayton Railroad to join local counterparts on a ride from Hamilton to Cincinnati.