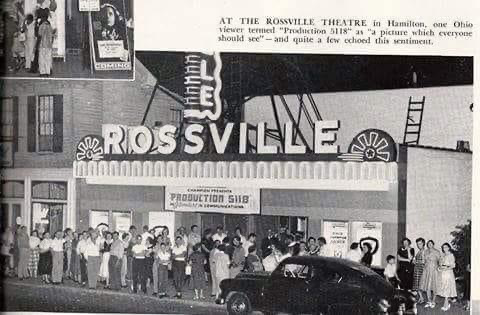 Sheriff Ferdinand Van Derveer was lured away by California gold

A carpenter building a sawmill on the south fork of the American River in California discovered gold Jan. 24, 1848, setting off a migration that attracted some Butler County residents, including a former sheriff and future general and judge.

James W. Marshall, the carpenter, was a partner of Captain John A. Sutter. He was working on their land when he found gold. Word gradually spread east and President James K. Polk heralded the find in a Dec. 5, 1848, message to Congress. When eastern newspapers published the report, the California Gold Rush was on.

Ferdinand Van Derveer was among the Butler Countians who sought riches in California. He had been born in Middletown Feb. 27, 1823, and educated at Farmers College in College Hill (now a northern Cincinnati neighborhood). He was admitted to the bar in Memphis in 1845, but soon came to Hamilton to continue reading law under John B. Weller.

Then the Mexican War interrupted his practice. Van Derveer joined Company I of the First Ohio Regiment in May 1846. The company was commanded by Weller until October 1846 when Captain Van Derveer succeeded him. He resumed his law practice in 1847 and was elected Butler County sheriff in 1848.

At the end of his two-year term, when he failed to win re-election, the disappointed Van Derveer headed to the gold fields. He left behind his wife, Emily, who he had married in 1848. In a March 1852 letter from Trinity River, Calif., he informed her that he expected to return to Hamilton in July.

"Misfortunes have been the realization of every golden hope," he wrote, noting "that I have been unfortunate because I did not obey may wife and stay at home." Speaking of money, he said "now I think that I can make more at home than here."

Van Derveer also instructed his wife on family finances. "I have left you so unprovided for -- do forgive me and get along the best you can -- sell anything we have, no difference what it is. There is that silver ladle or bowl that I got in Mexico. Any silversmith will give you its weight in dollars, as it is purer silver than they can get," he said.

"It is provoking to think how foolishly I acted in the purchase of that house and the costly improvements made by me without being sure that it would be in my power to make the payments. If property has advanced in price, as I expected it would on the completion of the railroad, it may be disposed of advantageously," he said, referring to the September 1851 opening of the Cincinnati, Hamilton & Dayton Railroad into Hamilton.

In the letter, after describing his one-room log cabin, he told of his personal appearance.

"But how does Ferd look? In truth, good woman, I cannot brag much on his appearance. He looks rather seedy as all miners do," he wrote. "His face is rough. Much too rough for you to think of kissing him, for he does all his shaving with a pair of scissors." He said his appetite "is far too good for a land where provisions cost so much."

"We have no way to tell time of day, except that when the shadow of the shade tree before the door comes upon an old pair of pants, then it is 12 o'clock," he reported.

Van Derveer -- his "gold fever" cured by disappointment -- returned safely to Hamilton and resumed his law practice. During the Civil War (1861-1865), he rose to the rank of brigadier general. After the war, he was a common pleas judge until his death Nov. 5, 1892.

​Ferdinand Van Derveer is well known to students of Butler County Civil War history. He had been involved in historic events before the 1861-1865 internal conflict that started nearly 150 years ago. The 38-year-old lawyer [pictured above] had risen from private to captain in the Mexican War, 1846-1847, and participated in storming Monterey Sept. 19-21, 1846 [illustration below]. He returned to Hamilton in 1847 and during the next two years practiced law, served a two-year term as Butler County sheriff and edited the weekly Hamilton Telegraph. Then the prospect of wealth lured him to the California gold fields. In 1852, the Middletown native and Hamilton resident as an adult was back home and nearly broke after 18 months of frustration.
When the Civil War began in April 1861, he was Butler County prosecutor and a member of the Hamilton Board of Education -- and also a logical choice to lead a regiment, mostly volunteers from Butler County. Colonel Van Derveer commanded more than 900 men who trained at Camp Hamilton, located first at the Butler County Fairgrounds and later in an empty expanse along what became North Third Street, north of Vine Street.
After a summer of organizing, training and struggling to obtain weapons and supplies, his Butler Boys, their popular name, became the 35th Ohio Volunteer Infantry Regiment. The 912-man 35th OVI left Hamilton on a train Sept. 26, 1861, committed to three years in the Union army.
Van Derveer -- eventually a brigadier general -- remained with the 35th most of those years as he rose in rank and responsibility The itinerary of the regiment and its original colonel can be traced in the war’s official records and other sources.
Thanks to Emily (Em) Gaylord Van Derveer, her husband’s personal war experiences and observations are preserved. A man often lonely, homesick and longing for reunions with his wife and children is revealed in more than 300 letters written by Ferd Van Derveer during the Civil War.
They are in the Smith Library of Regional History, which is within the Oxford branch of the Lane Libraries. This writer has been privileged to read the collections, courtesy of Valerie Elliott of the Smith Library. Excerpts from the Van Derveer letters will be shared in this periodic column during the observance of the Civil War Sesquicentennial, 2011-2015.
Unfortunately, Emily’s letters to Ferd didn’t survive. "I would like to preserve my letters from home, but think it best not to do so," he wrote. Personal letters from home, if captured, had the potential to provide valuable information to the enemy.
Mail was the only means of communication -- and connection to home -- for the Civil War soldier. Writing and reading mail was a high priority when soldiers weren’t fighting, marching and performing required duties. Some men said only necessity for sleep preempted the mail.
As the Union forces were steadily increased, demands on the postal service also expanded. One source reports some regiments (originally 900 to 1,000 men each) averaged sending 600 letters a day when not in combat. About eight million pieces of military personal mail were handled monthly. Most military letters -- to and from soldiers -- moved through postal centers in Washington, D. C., and Louisville, Ky. The process was complicated by the unpredictable movement of military units.
Soldiers often bypassed the government system, sending letters with civilian visitors from home or with soldiers discharged because of disabilities caused by wounds or illness.
All of Ferd Van Derveer’s letters were simply addressed to "Mrs. Emily Van Derveer, Hamilton, Ohio." No street address was necessary. It was the responsibility of recipients to visit the local post office and collect mail in the 1860s. Home delivery in Hamilton didn’t start until 30 years later.
"My desire is to write every day. The spirit is strong, but the flesh is weak," Ferd wrote in March 1862. He reminded his wife that "most all the army movements are kept a secret, and it takes about three days to get the Cincinnati papers." That letter also requested Em (the name he used instead of Emily) send food from home. It’s not known how many of his letters didn’t reach home. There were many potential obstacles between the military lines and Hamilton, Ohio.
"But on account of bad roads and high water, the mail does not always get here," Ferd wrote from Somerset, Ky., in February 1862. "Last night it [the mail] was lost entirely and the carrier drowned," he added.
(Note: Ferdinand (Ferd) spelled his name Van Derveer. Spellings elsewhere have included Vanderveer, VanDerVeer and Van Der Veer.)
Ferdinand (Ferd) Van Derveer
Born Feb. 27, 1823, in Middletown. His mother, Mary Ann Dickey Van Derveer, died in 1824. His father, Dr. Peter Van Derveer, was a physician in Middletown. Ferd attended school in Middletown and was an alumnus of Farmers College in College Hill (Cincinnati). In 1845, he moved to Memphis and was admitted to the bar in Tennessee. In 1846, he came to Hamilton to read law in office of John D. Weller, a future California governor and U. S. senator. After the Civil War, he returned to Hamilton and served the city and county in various roles until his death Nov. 5, 1892. He was buried in Greenwood Cemetery, Hamilton, wearing his Civil War brigadier general uniform.
Emily (Em) Gaylord Van Derveer
Born May 15, 1828, in Cincinnati. In 1835 or 1836, her parents moved to Hamilton when she was about seven years old. She was educated in Hamilton schools. Emily M. Gaylord and Ferdinand Van Derveer were married Dec. 14, 1848, in Hamilton. They were the parents of eight children, three dying in childhood. Their residence for many years was The Oaks at 325 South D Street in Hamilton. Emily Van Derveer died in Hamilton Dec. 26, 1920; and was buried in Greenwood Cemetery, Hamilton. She outlived her husband more than 28 years.