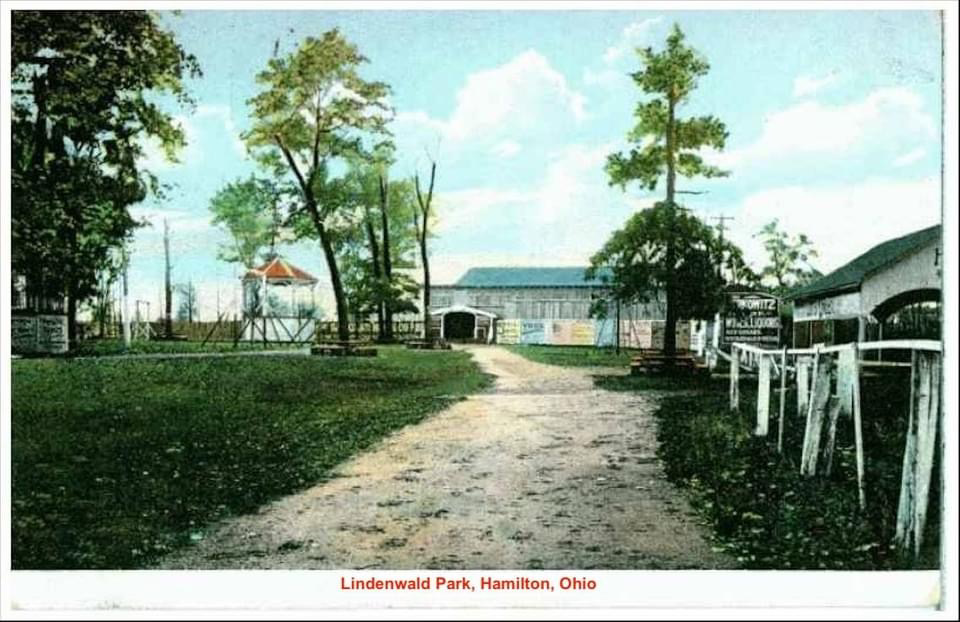 The main entrance was where Benninghofen Avenue dead ends (at the time) at Laurel Avenue. The electric trolley car railway completed May 1892 ran down Benninghofen Avenue transporting visitors into the park. Today the current Lindenwald Park at Benninghofen and Minor Avenues is a small remnant of the original park. It is unknown were the various park features including the ball field were located within the park. It is believed the large pond was located at the east end of the park toward Zimmerman Avenue.

The Lindenwald Amusement Park or simply called Lindenwald Park, ranged over approximately 22 acres of land. The park featured a large pond, a bike path, rides for the toddlers including a small roller coaster and merry-go-round, a dance pavilion, an indoor opera house (used mostly during adverse weather), clubhouse and a 2000-seat open air theater for various types of entertainment such as Vaudeville Theatrics, Comic Operas, Orchestra Concerts and other Theatrical performances. The Park had a full time manager and seasonal employees.

During the day entrance to the Park was free. A 10¢ fee was charged after 7:00 p.m. Fees were also charged for meals (served in the clubhouse), entertainment performances and concessions. A small fee is also believed to have been charged to attend baseball games. 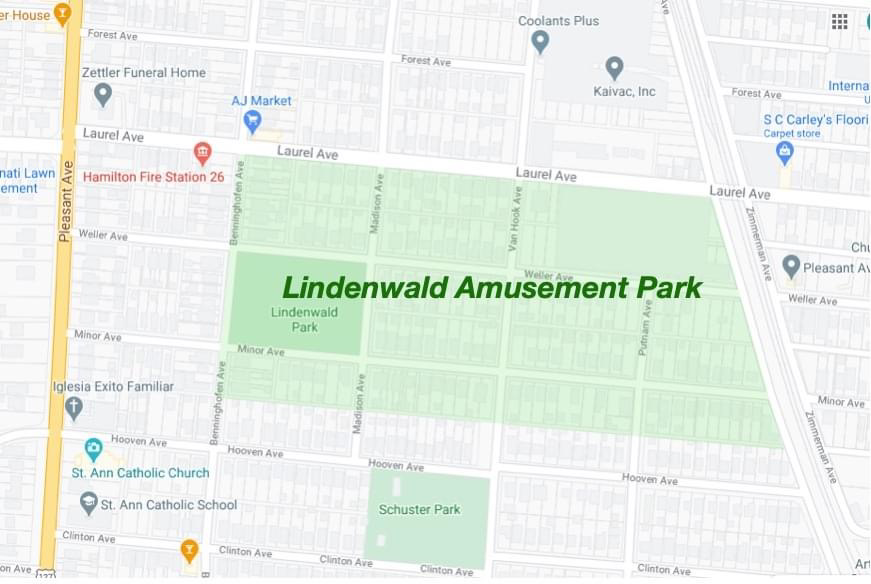 Lindenwald Amusement Park overlay of the area it consumed in the late 1800s and early 1900s with current 2020 map of the area. This area is equivalent to approximately 9 city blocks vs the single block for the current leftover portion of the park. 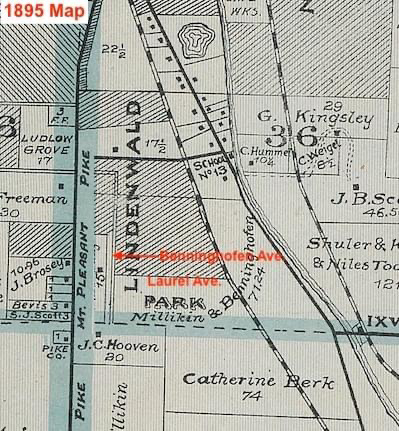 A 1895 map section showing the location of Lindenwald Park below Laurel Ave. between the railroad or Zimmerman Ave. and Benninghofen Ave. 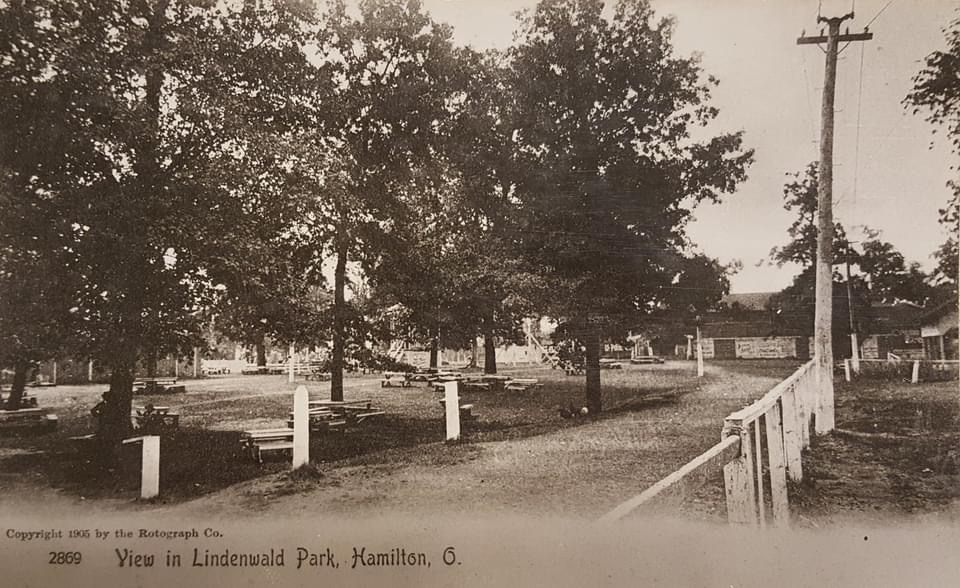 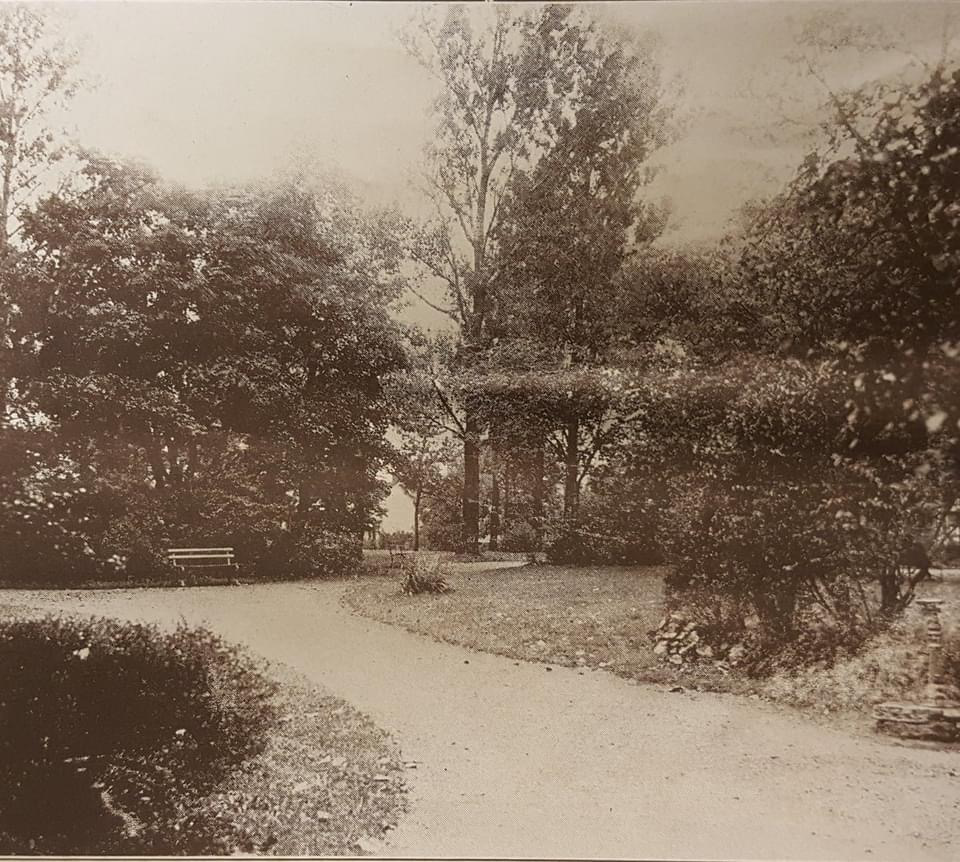 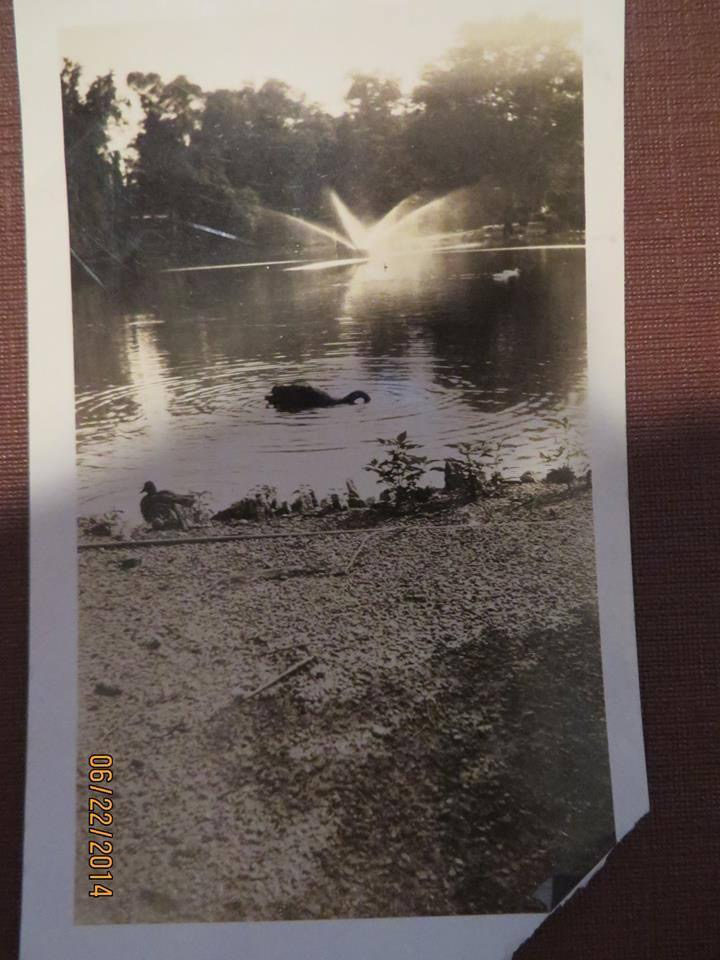 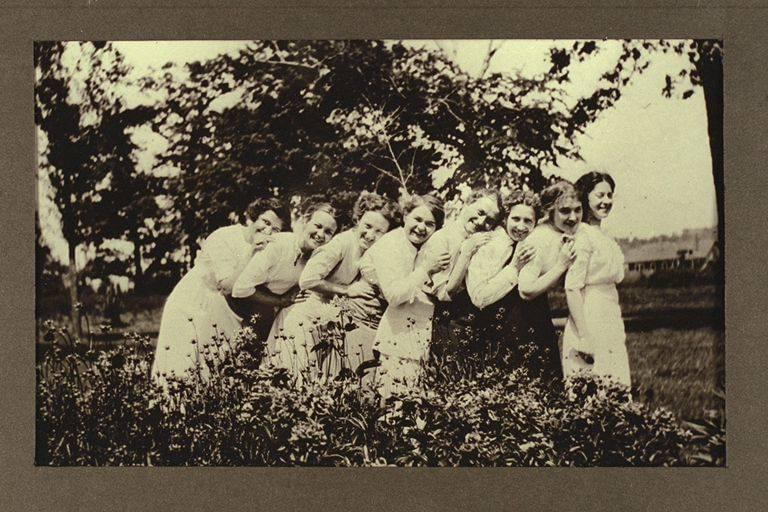 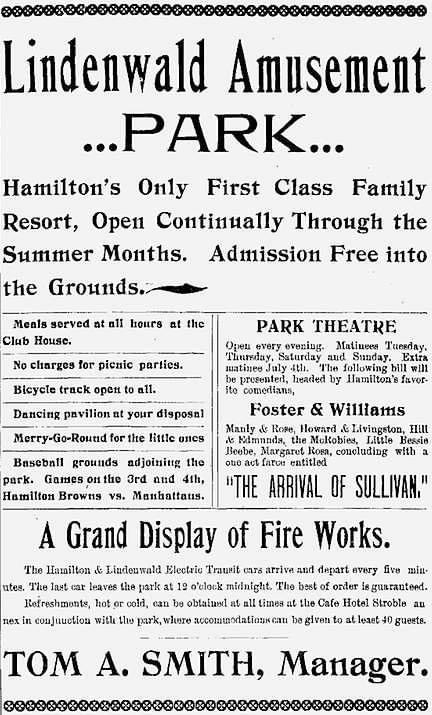 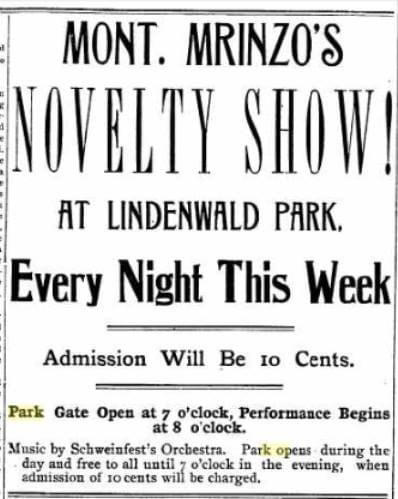 This is an ad from a Hamilton Newspaper dated Aug. 23, 1894 for show appearing at the Lindenwald Park with orchestra entertainment. 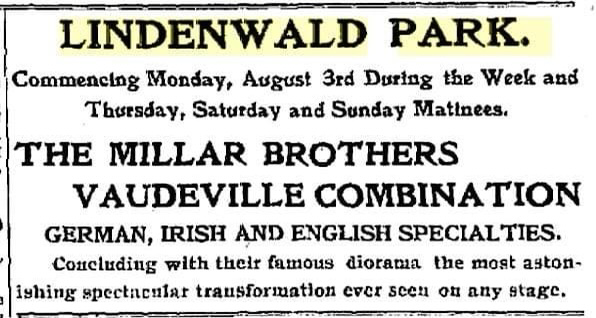 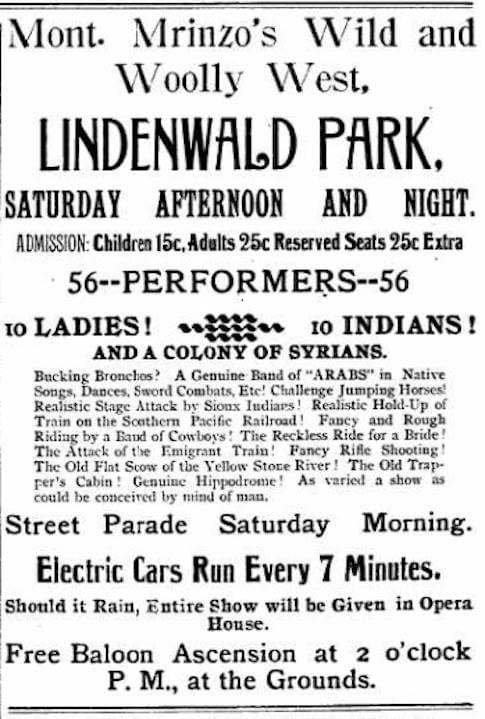 This ad is from Aug. 16, 1894 edition of the Hamilton Daily Republican newspaper. 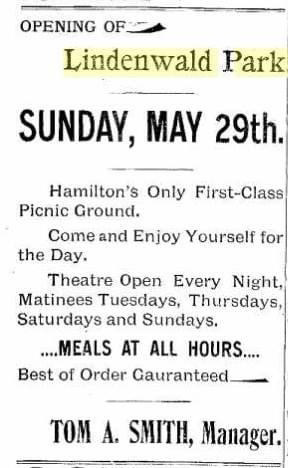 Newspaper advertisement dated May 30, 1898 regarding the season opening of Lindenwald Park with the theater open every night. 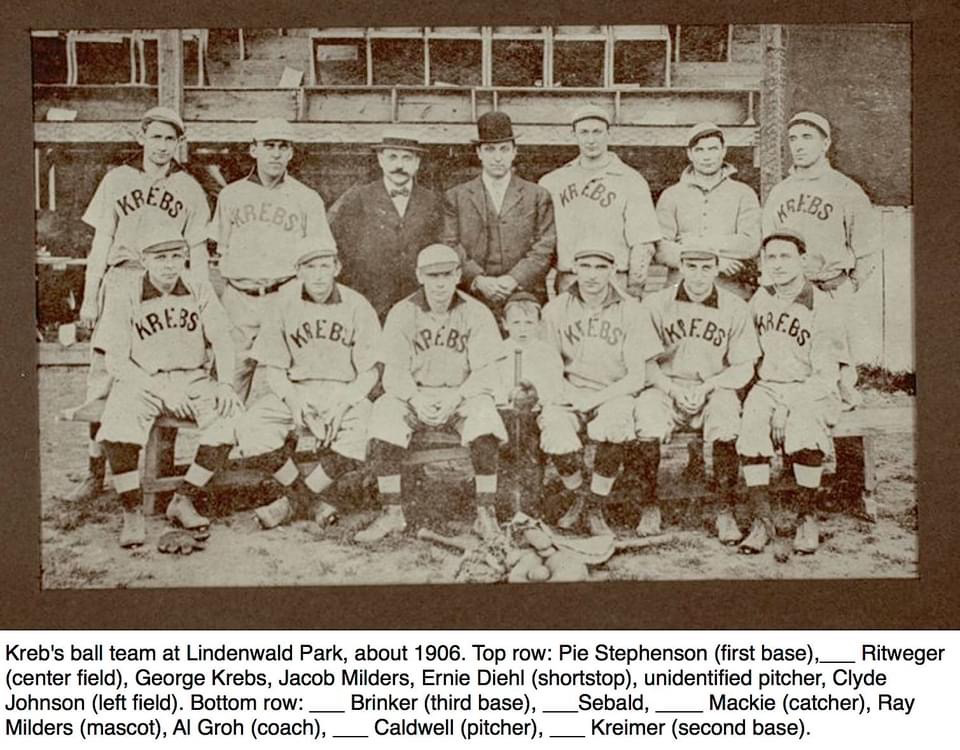 1906 photo of the Hamilton Kreb's baseball team at Lindenwald Park. Joyce Junkin Cockerill's grandfather Benno Reeb played with the Krebs during this period. Are any of the players listed related to readers of "Memories of Lindenwald"? 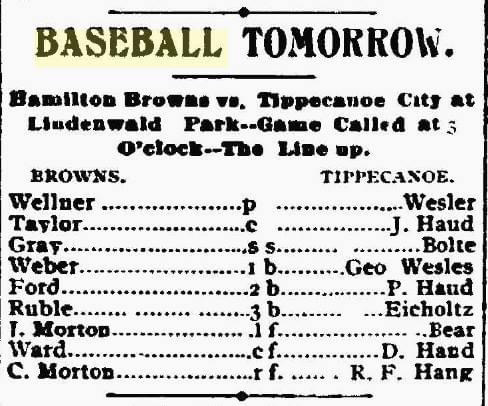 This is another advertisement dated June 25, 1895. This ad lists the starting lineups. Anyone know of or related to a listed player for the Browns? 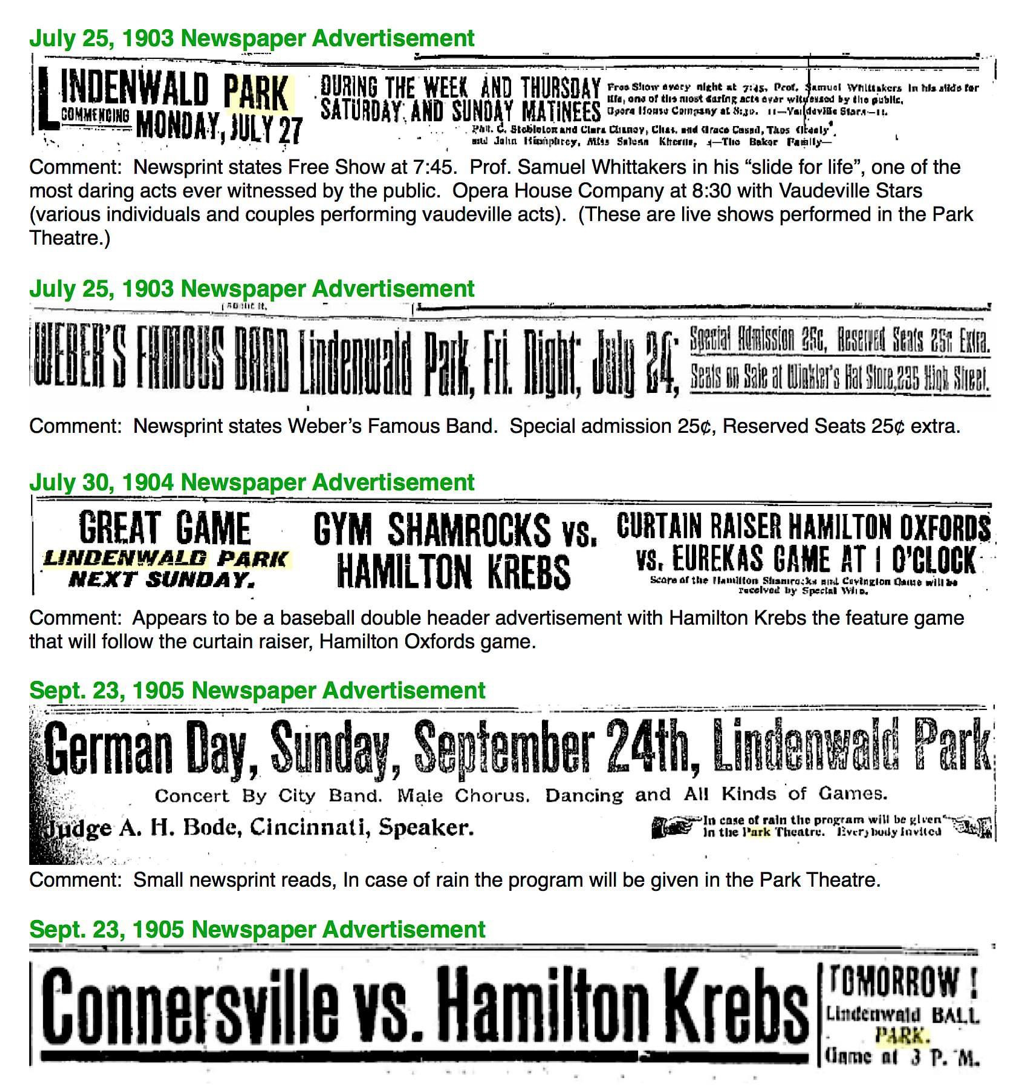 Various banner type ads promoting events at Lindenwald Park. Click on the picture to read the comments under each banner ad. 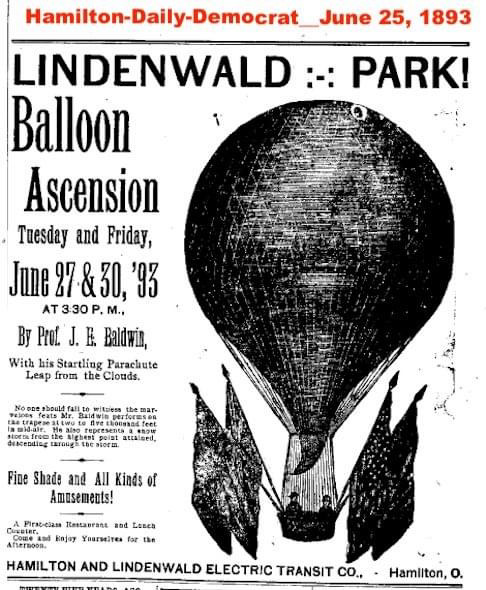 Another event held at the Lindenwald park with parachute jump. 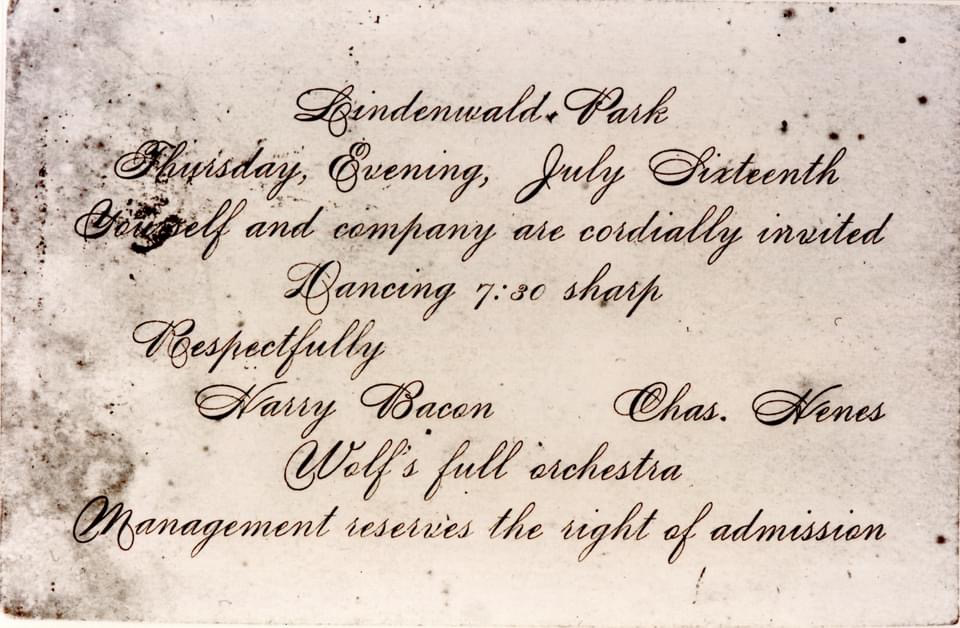 Found this formal invitation circa 1894 to an evening of dancing at Lindenwald Park with music provided by Wolf's Full Orchestra.