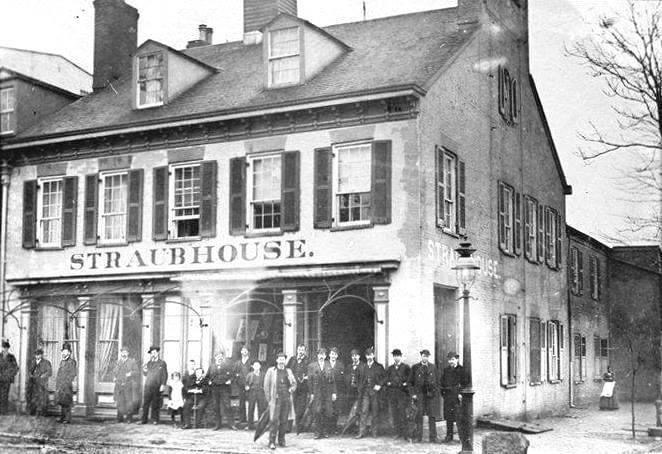 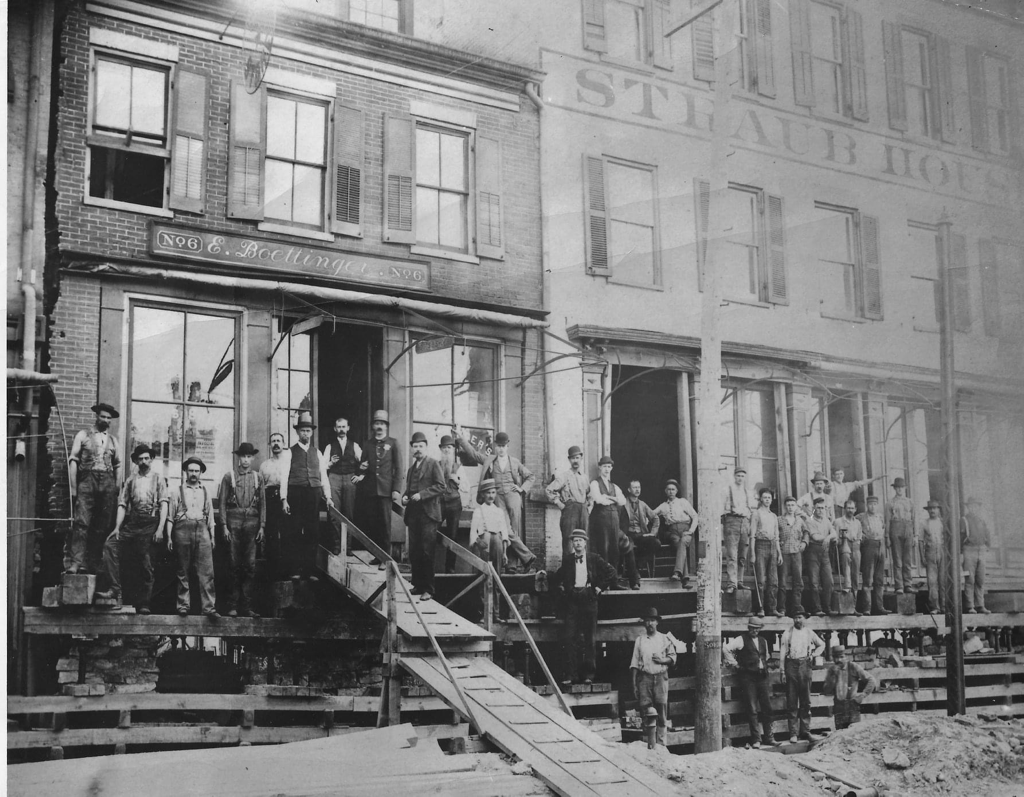 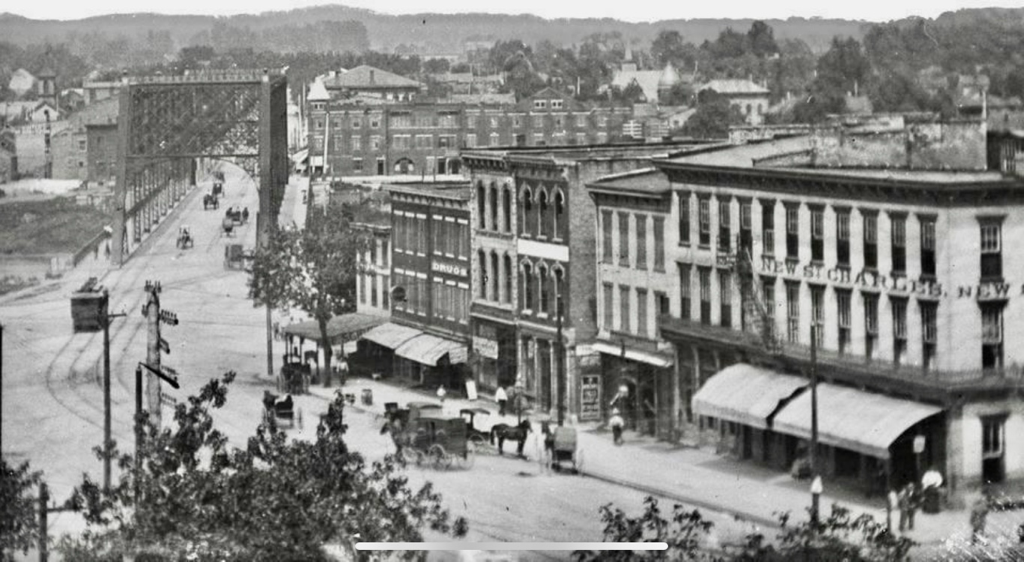 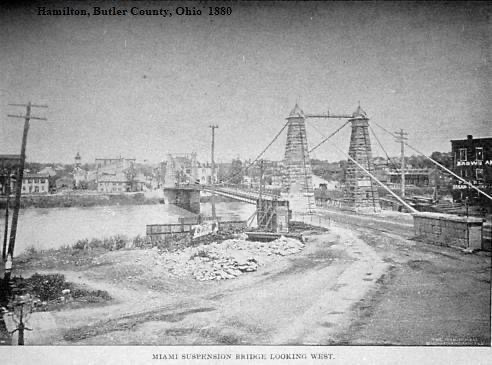 ​The Straub House -- Rossville's most prominent hotel -- "was the most attractive place in this city," said Dr. Henry Mallory, who had moved to the community in 1849. The Miami House -- which eventually became the Straub House -- was built on the northwest corner of Main and Water (later A) streets by John Winton in 1824. Its name came from its proximity to the five-year-old Miami Bridge.

When the Great Miami River was widened for flood protection, most of A Street -- including the site of the Straub House -- became part of the levee.
Theatrical companies playing Hamilton made their headquarters at the Straub House, then located at the west end of the High-Main Street Bridge