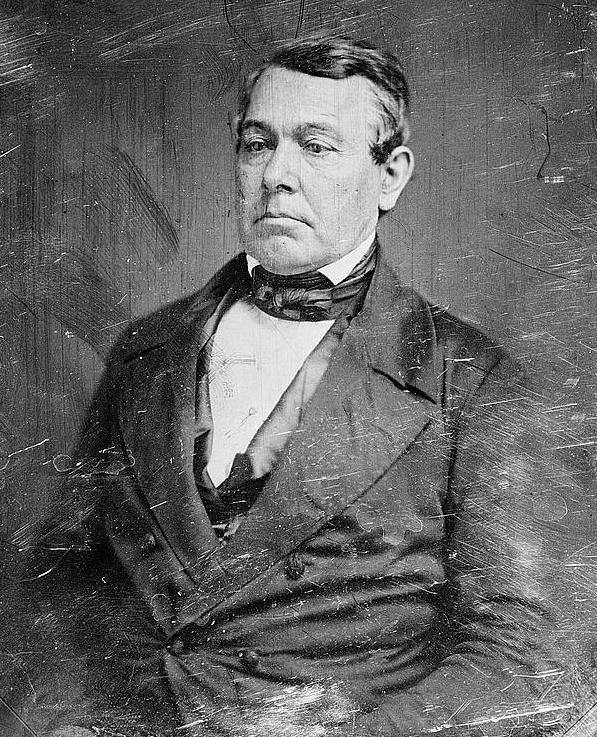 Thomas Corwin (July 29, 1794 – December 18, 1865), also known as Tom Corwin, The Wagon Boy, and Black Tom was a politician from the state of Ohio. He represented Ohio in both houses of Congress and served as the 15th Governor of Ohio and the 20th Secretary of the Treasury. After affiliating with the Whig Party, he joined the Republican Party in the 1850s. Corwin is best known for his sponsorship of the proposed Corwin Amendment, which was presented in an unsuccessful attempt to avoid the oncoming American Civil War.
The Corwin Amendment is a proposed amendment to the United States Constitution that would shield "domestic institutions" of the states from the federal constitutional amendment process and from abolition or interference by Congress. Although the Corwin Amendment does not explicitly use the word slavery, it is designed specifically to protect slavery from federal power. Congress proposed the Corwin Amendment on March 2, 1861, shortly before the outbreak of the American Civil War. It has not been ratified by the requisite number of states.
In the period after the 1860 presidential election, several Southern states seceded and eventually formed the Confederate States of America. During this period, several legislative measures, including the Corwin Amendment, were proposed in the hope of either reconciling the sections of the United States, or avoiding the secession of the border states.[1] Senator William H. Seward and Representative Thomas Corwin introduced the Corwin Amendment, which was endorsed by President James Buchanan. The amendment fell out of favor during the Civil War.