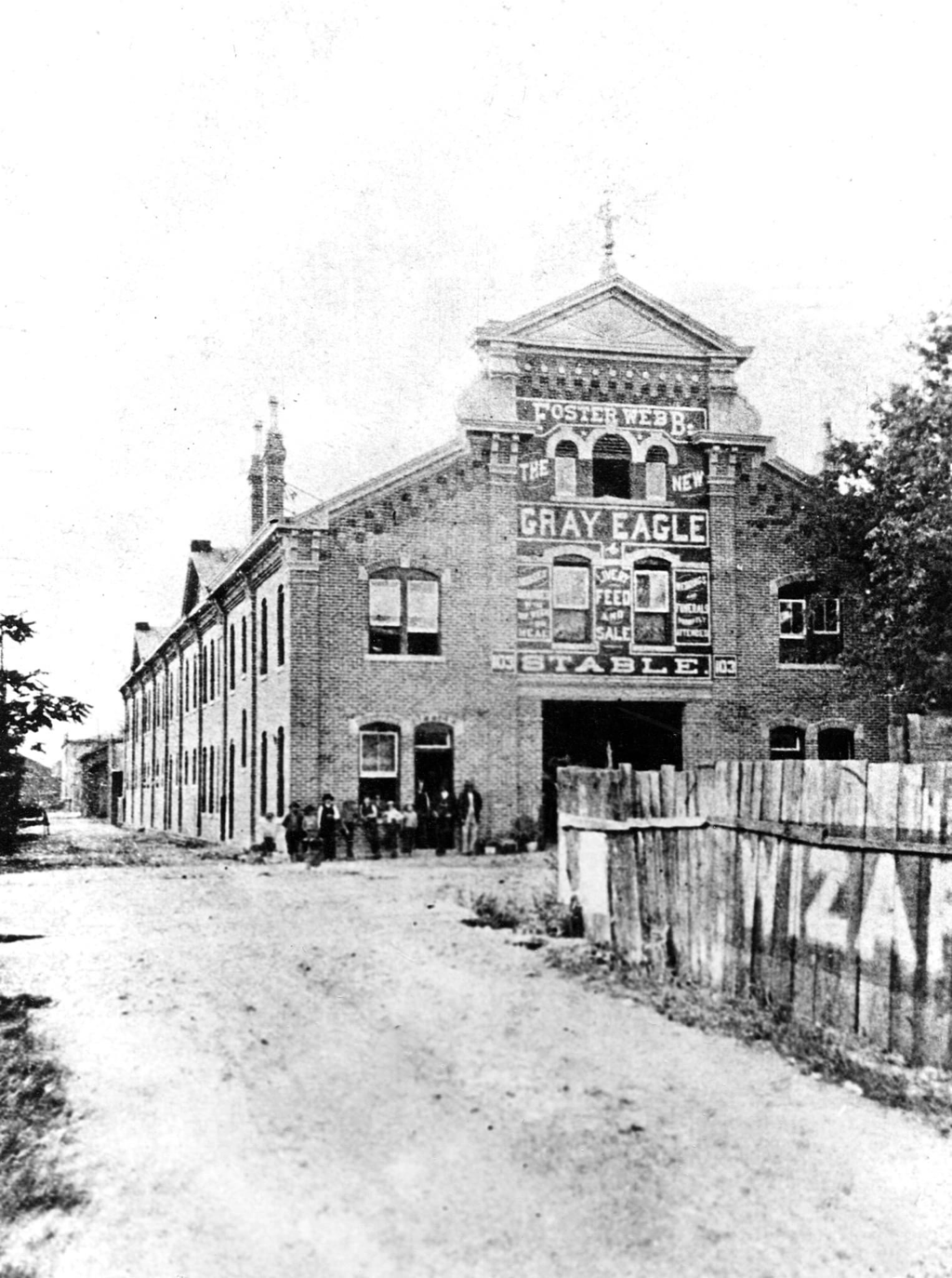 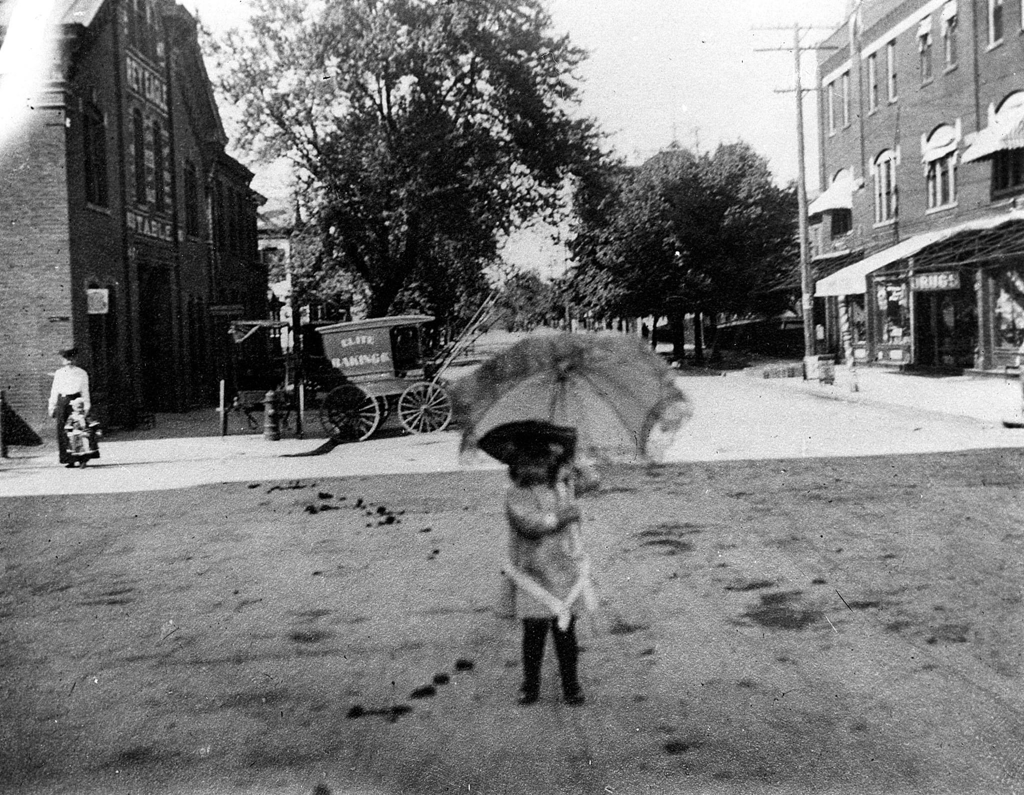 Mildred Williams stands with a parasol at the intersection of Market and North Second Streets, Hamilton, Ohio, ca. 1907. The Grey Eagle Stables is on the left, and there is a wagon from the Elite Bakery parked in front of the stables. Photo from the George C. Cummins “Remember When” Photograph Collection. Donated by the family of George C. Cummins. Photo used courtesy of the George C. Cummins "Remember When" Collection at the Hamilton Lane Library, Hamilton, Ohio.
Livery Stables -- 1886 (at top)
Hamilton Daily News Journal December 19, 1936, page 16
Recall At Least Ten Livery Stables in Hamilton in 1886
One may believe it or not, but a quarter of a century ago there were more livery stables than garages in Hamilton, for the end of the horse and buggy days had not yet come.
But fifty years ago, there were numerous livery stables, and the garage was something that no one in that year of 1886 ever dreamed about. The horseless carriage was something that few contemplated.
Eryl Jellison, whose father and uncle were operators of livery stables in 1886 has recalled that there were a number in Hamilton then. He selected them as follows:
Tom Jellison, Main street, between B and C streets.
Michael Bowerman and brother, South B street.
William Jellison, Monument avenue and Market street, where Central Motor company garage is located.
Foster Webb (Gray Eagles), where Y.M.C.A. now stands.
One operated by Hutchison, southwest corner Front and Market streets.
George Ziliox, Third and Market (Western Union).
Peter Schneider, 2nd and Market (Meeks).
William Everson and Son, Court street.
White Livery stables, North Monument avenue (then Water street).
“The car barns” and stables for the street car line were on Market street between Second and Third streets. 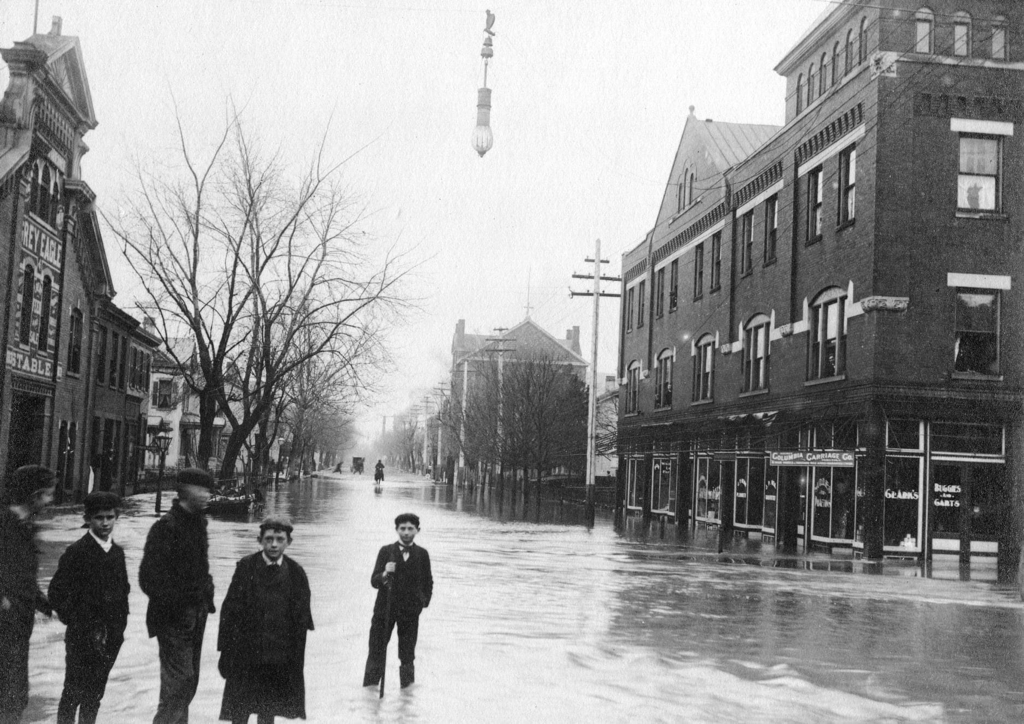 Above: Scene at 2nd and Market Streets, Hamilton, Ohio, during the 1898 Flood of the Great Miami River. Grey Eagle Stables is on the left side of the photo. Photo from the Butler County Historical Society, Hamilton, Ohio.