One of the largest and finest wheat mills stud N. B St. and Wayne Avenue (now Winstel Controls). It was named the Semler Wheat Mill. The Mill produced 400 barrels of the finest wheat flour every 24 hours. They sent wheat flour to the New England states and the southern states. Repeated floods, fires and remarketing after WWI put them out of business. 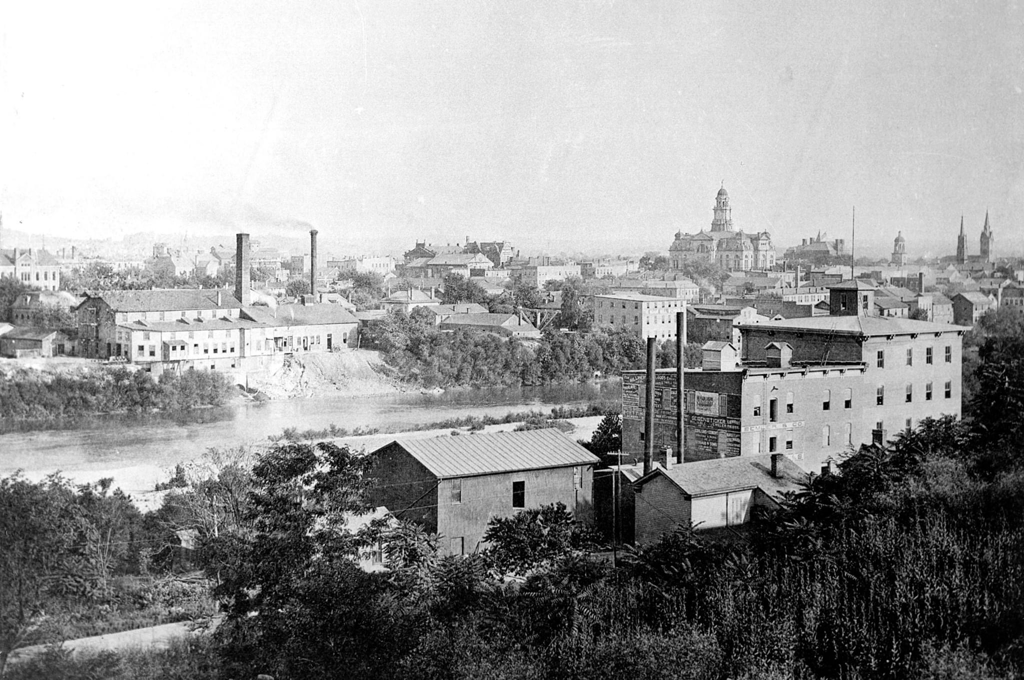 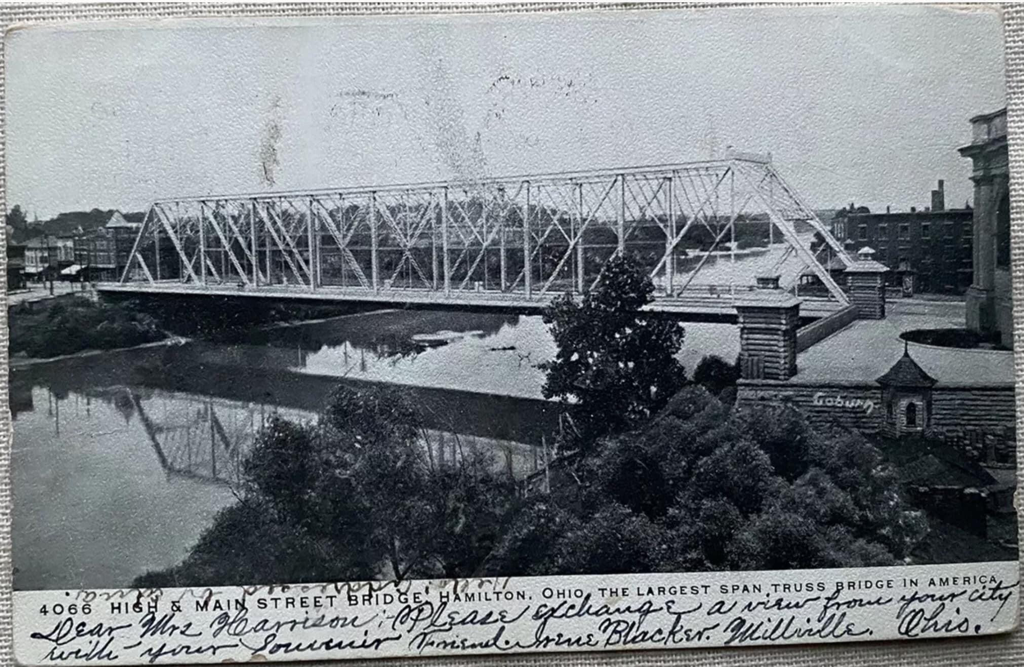 Above: Illustration of the Semler & Company Eagle Mills, 234 to 242 North B Street, Hamilton, Ohio. From “Hamilton and Its Environs”, by the Baldwin Publishing Company, 1906.
arborfamiliae.wordpress.com/2011/01/16/from-immigrant-to-entrepeneur/?fbclid=IwAR19GTFlwi1jhkar7NxpBzCvb8YvpWE8ikQfUInjdEDrkGkl3lN_sRom_kQ 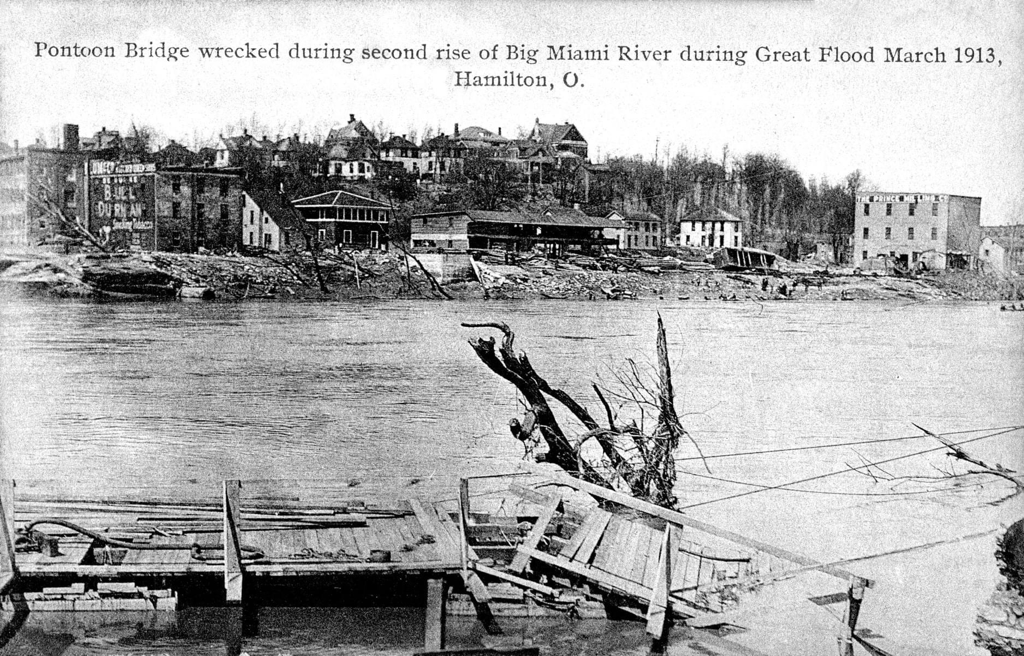 Home-grown and home-ground flour, which is now a novelty, was a common item in Hamilton kitchens before the turn of the century when several mills operated here.

One was the Semler mill which sold its flour under a variety of names in far-flung markets. In addition to the Hamilton area, its brands were available in New England, the South and in Europe.

In 1895, a newspaper reporter said he "saw the finest and latest improved machinery doing a work that is simply marvelous" at the mill on the east side of North B Street, north of Wayne Avenue. He also noted that "42 men are constantly employed" there.

"Every 24 hours this machinery turns out 350 barrels of flour ready for use. Night and day this wonderful machinery is kept in operation, even at this time when business has not yet fully recovered from its recent depression."

"When crowded, this mill can produce 400 barrels of flour every day, and this is often done, especially along about harvest time," said the report published April 13, 1895, in the Hamilton Daily Democrat.

The business was started by John Semler and Conrad M. Semler, father and son.

In 1849, John Semler had moved from Pennsylvania to Amanda, near Middletown, where he was a foreman in a mill for 13 years. In 1862, he relocated to Hamilton. still in the milling business

His son, Conrad M. Semler, born in Hamilton Aug. 20. 1863, learned the miller's trade from his father. Conrad Semler assumed management of the company when his 56-year-old father died April 28, 1892.

A new, larger mill was built on the same site that year. This steam-powered operation could produce 100 barrels of flour per day. Improvements in 1890 increased the daily capacity to 200 barrels per day, and then to 350.

The 1895 article described Semler as "one of Hamilton's energetic business firms" which through "enterprise and up-to-date hustling . . . has built up an enormous business."

The firm sold flour "all through the South and East, where it comes in competition with the finest grades of flour made in the world. It holds its own because it is among the best flour that money can buy," the reporter claimed.

"For the home trade, Semler & Co. manufactures the special grades of flour known as Melrose, May Flower, Finest and Little B. Those flours are also shipped to the New England states, especially to Boston, where they have a big sale."

"For the trade through the South, Semler & Co. manufactures the brands known as Ambrosia, Point Lace, Orange Blossom and Tube Rose," the article said.

Two other Hamilton Flour mills were listed in the 1894-1895 city directory.

The Carr & Brown Milling Co., later known as the Carr Milling Co., was on the south side of High Street between South Fourth and South Fifth streets.

By 1912, the Semler mill had become the Prince Milling Co. with Charles Diefenbach as president and George P. Semler as treasurer and general manager.

Two unrelated events contributed to the gradual demise of local mills — the March 1913 flood, which destroyed or damaged industries along the Great Miami River, and World War I, which brought changes in food processing and marketing.

By 1920, after World War I, only the Carr Milling Co. remained in business In Hamilton.