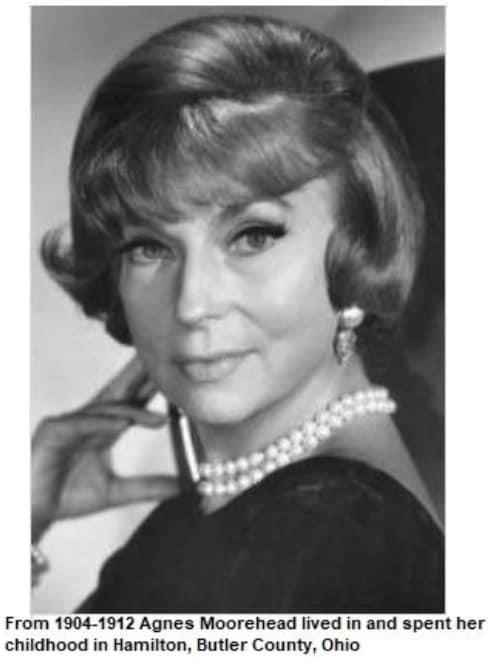 Agnes’s father was the pastor at the Presbyterian Church located on front Street. Agnes grew up in the rectory have the church between 1904 and 1912
Agnes Robertson Moorehead (December 6, 1900 – April 30, 1974) was an American actress. In a career spanning four decades, her credits included work in radio, stage, film, and television.[1] Moorehead was the recipient of such accolades as a Primetime Emmy Award and two Golden Globe Awards, in addition to nominations for four Academy Awards. She is best known for her role as Endora on the television series Bewitched, but she also had notable roles in films, including Citizen Kane, Dark Passage, All That Heaven Allows, and Show Boat. She is also known for her the radioplay Sorry, Wrong Number (1943), and its several subsequent re-recordings for Suspense. Moorehead garnered four nominations for the Academy Award for Best Supporting Actress, for her performances in; The Magnificent Ambersons (1942), Mrs. Parkington (1944), Johnny Belinda (1948), and Hush...Hush, Sweet Charlotte (1964). 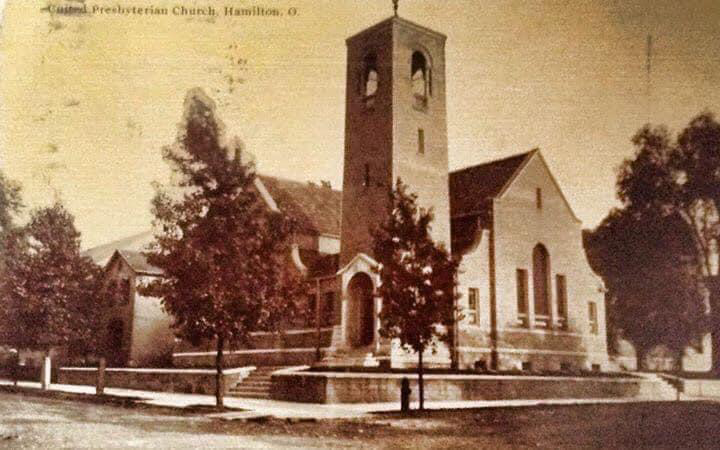 Everyone loves a dog story..... This story is about Don a canine member of the Moorehead family. John Henderson Moorehead was pastor of the United Presbyterian Church ( Court and Water Streets - later Monument Avenue) and father of actress Agnes Moorehead. Agnes who is best known in for her role as Endora in TV’s “Bewitched”. The Mooreheads were in Hamilton from 1904 to 1912. Don's humans were John and Molly and their children Agnes and Margaret. Peggy, as Margaret was called, was born in Hamilton. The parsonage located on Court Street and referred to in the story can be seen on the left side of the image.

It did not take long to notice the large beautiful Saint Bernard dog which lay on the porch of the parsonage of the United Presbyterian Church, then located next to the church. We lived on nearby Monument Avenue.
The dog, just a pup really, looked up at us appealingly. I wanted to pet him, but he sadly looked at us and scarcely moved. I asked Reverend Moorehead if I would be permitted to come into the yard. He said "Certainly," and explained that the dog's back and hind quarters were weak having grown too fast.
I opened the gate and went to the porch to see and pet "Don" as he was called. Immediately we became good friends and Don struggled to his feet to get up and follow me to the gate when I left.
Thereafter he watched for me and soon came to visit our home nearby. The Moorehead children too often played with the four children in our family. Agnes and her younger sister Margaret were well acquainted with our neighbors and to us. Every Sunday Don would nose his way through the crowd leaving the service until he found me. Then his great paws would reach up to my shoulders and he would lick my face and nuzzle his soft furry head in my neck. Then triumphantly waving his beautiful tail he led me home staying for a while for play, petting and companionship. Don was my faithful pal until the family moved away from Hamilton.