Have you always thought that WMOH was the first commercial radio station in Hamilton? Obviously, you’re not an “old timer” and would not be correct!
Brothers Shuler and Joseph Doron of west side Hamilton fame, were issued a license by the Commerce Department for radio station WRK on February 24, 1922. The Doron brothers were the owners of the Doron Electrical Company, manufacturers of radio receiving equipment at their factory located at 325-329 North B St.
WRK originally transmitted on 833 kHz which was the only wavelength allowed for “entertainment” broadcasting in early 1922. The Doron’s WRK was the first broadcast radio station in the City of Hamilton and the second broadcast radio station in Southwestern Ohio at that time.
WRK was one of the first radio station to broadcast church services in history. WRK also broadcasted news and special events from remote locations and was used to broadcast school classes to rural areas.
On April 29, 1922 a second broadcast station in Hamilton, WBAU was licensed to the Republican Publishing Company owners of the Hamilton Daily News, and assigned a frequency of 1160 kHz, but was off the air before the end of 1923.
In October 1924 a third Hamilton station WEBO licensed to Harry W. Fahrlander at 240 North Front Street as a 5-watt station on 1200 kHz frequency.

In December 1924 WRK changed to the 1110 kHz frequency operating with 200 watts until September, 1925 when power was reduced to 100 watts.
In January 1925 Harry Fahrlander’s WEBO changed to 1190 kHz wavelength and in February 1925 its callsign was changed to WSRO and one month later power was increased to 100-watts. Fahlander operated a retail store on High Street in Hamilton that sold….radios. Hence, the callsign WSRO, We Sell Radios Only.
So, near the end of 1925 the City of Hamilton had two equally powerful broadcast stations transmitting on different wavelengths…… the Doron’s WRK and Harry Fahrlander’s WSRO.
On January 31, 1927 a new entrant, WMBK arrived. WMBK was a 10-watt station licensed to John C. Slade with the address “The Green Lantern”. The Green Lantern was a tavern but, according to an early radio historian in Hamilton, the station may have been operated from a small shack behind the Green Lantern.
On February 23, 1927 the newly passed Radio Act of 1927 was signed into law creating the Federal Radio Commission (FRC). The FRC’s immediate responsibility was to authorize additional wavelengths for use, to unclutter the airways by reassigning stations to different frequencies in non-interfering dial positions in areas, and to limit the number of stations in newly created “zones”.
In this process, existing licenses were technically cancelled and stations needed to reapply to obtain temporary permits until their frequencies were assigned by the FRC and new licenses were issued.

The April, 1927 Harry Fahrlander’s WSRO was issued a temporary permit to continue operating on the 1190 kHz frequency. In June 1927, WRK underwent ownership changes with the Doron’s and John C. Slade becoming partners in the ownership of WRK and moving to a new frequency of 1460 kHz still operating with 100 watts.
At this juncture, it appears that WRK was relegated by the FRC to being a local radio station rather than a wide area station. WRK’s 100 watt signal had great difficulty competing with the 1,000 watt and higher general area stations WLW then in Harrison and WSAI located in Mason.

In November, 1927 Harry Fahrlander’s WSRO moved to Middletown, Ohio and changed to the 1270 kHz frequency. As a result, the City of Hamilton was again back to having only one broadcast station, WRK.
In November 1928 WRK was assigned to the 1310 kHz wavelength still with only 100 watts. Unfortunately for WRK, WSAI which operated at this time on 1330 kHz (later moving to 1360) from its Mason, Ohio site only 16 miles away with 500 watts and a pending FRC application for a power increase to 1,000 watts was causing substantial interference with WRK’s signal, in particular the financially lucrative evening programming. During 1928 and 1929, WRK was on the air for a limited schedule. In this era, programs were produced live in the station studios or retransmitted from a network and sponsored by various local businesses. During 1928 and 1929, WRK attempted to affiliate and pick up programming from the Columbia Broadcasting System, predecessor of the CBS radio network, but was unable to do so.
By August 1930, the opening economic contractions of the Great Depression resulting in reduced sponsorship, the dearth of available live and network programming and a weak and interference prone signal, forced WRK off the air. Hamilton would not have another commercial radio station until August 1944 when the fifth attempt, WMOH went on the air and is still operating to this day. John C. Slade, once a part owner of the doomed WRK was one of the organizers of WMOH, the fifth and last remaining commercial station in Hamilton becoming vice president and general manager. 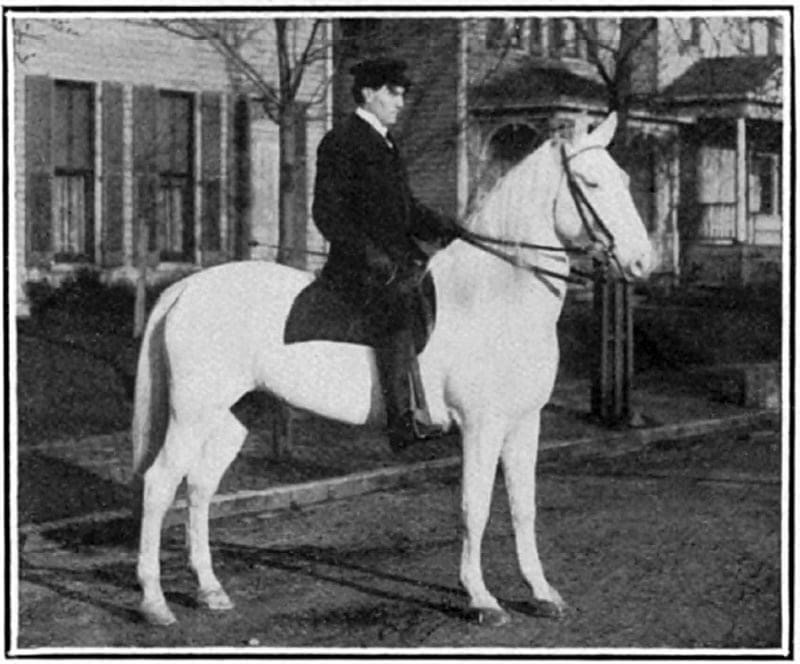 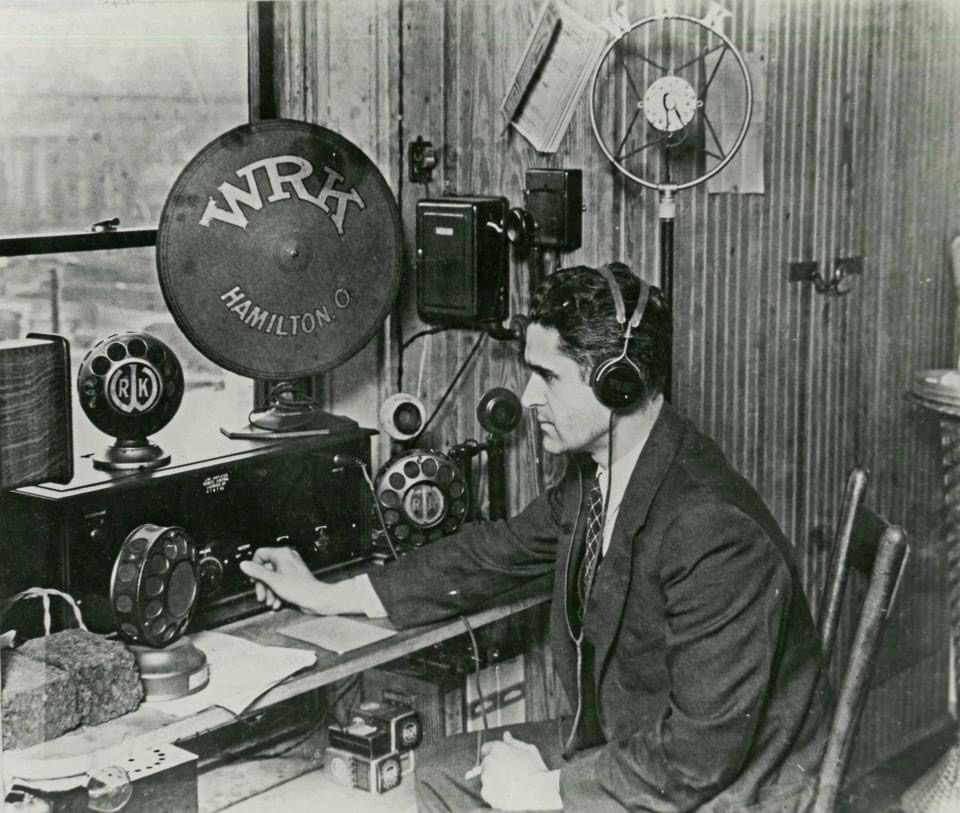 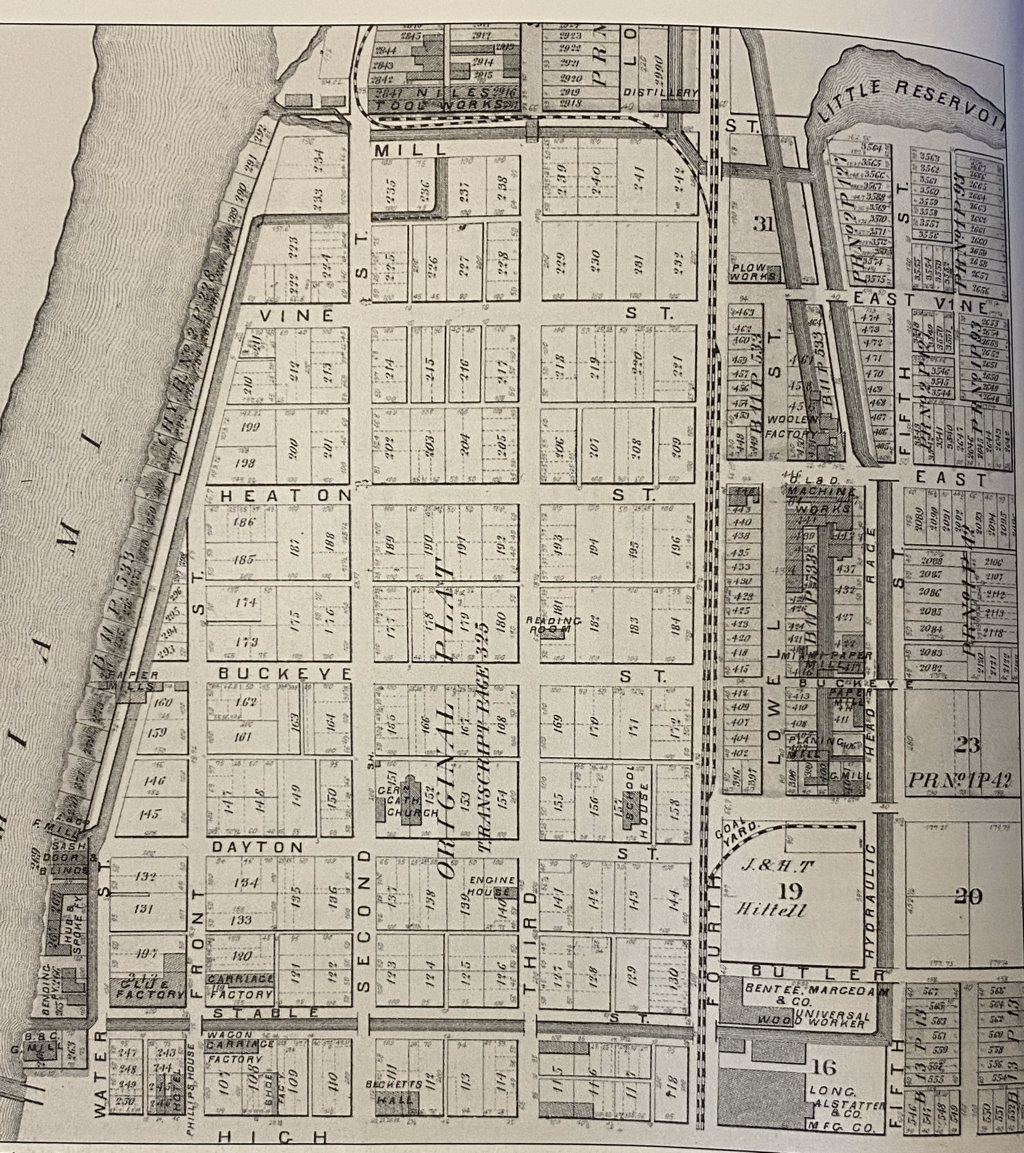 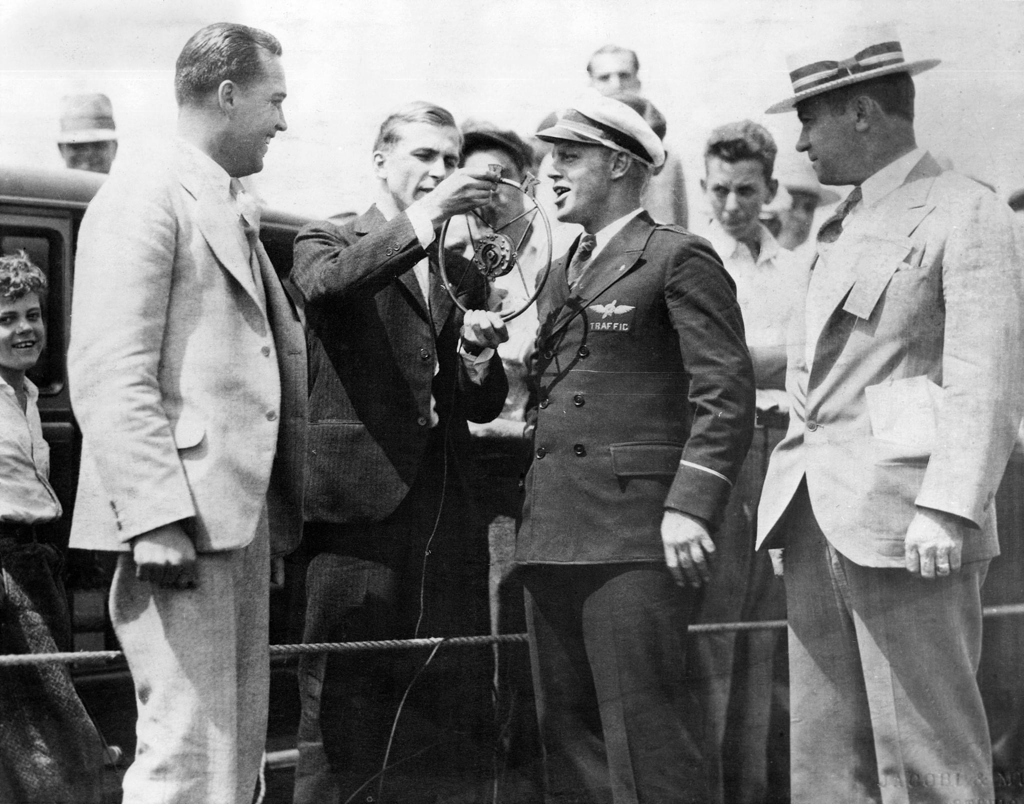 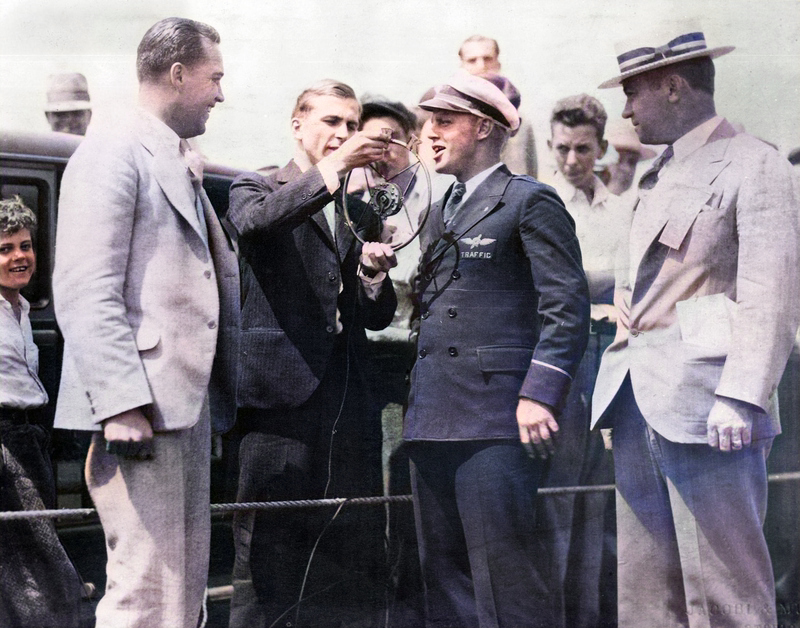 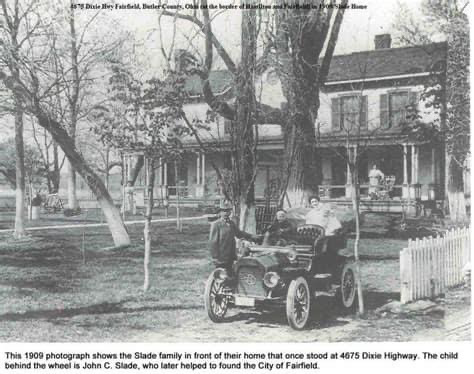 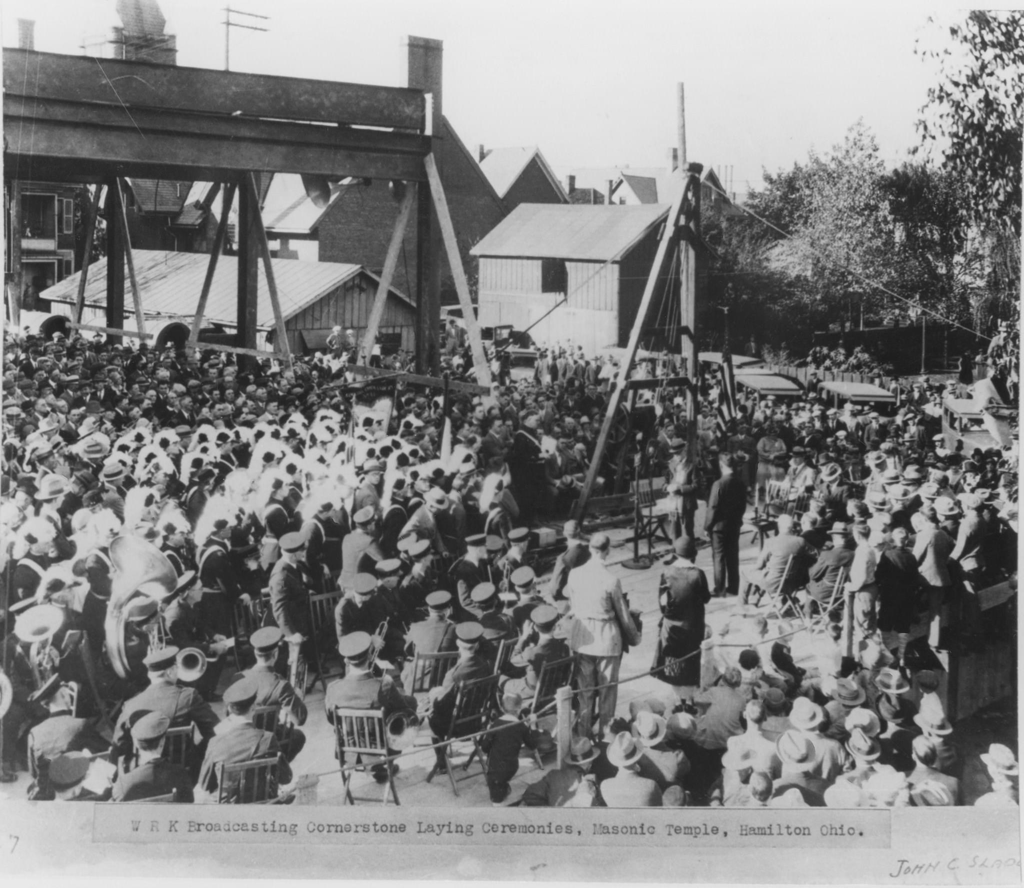