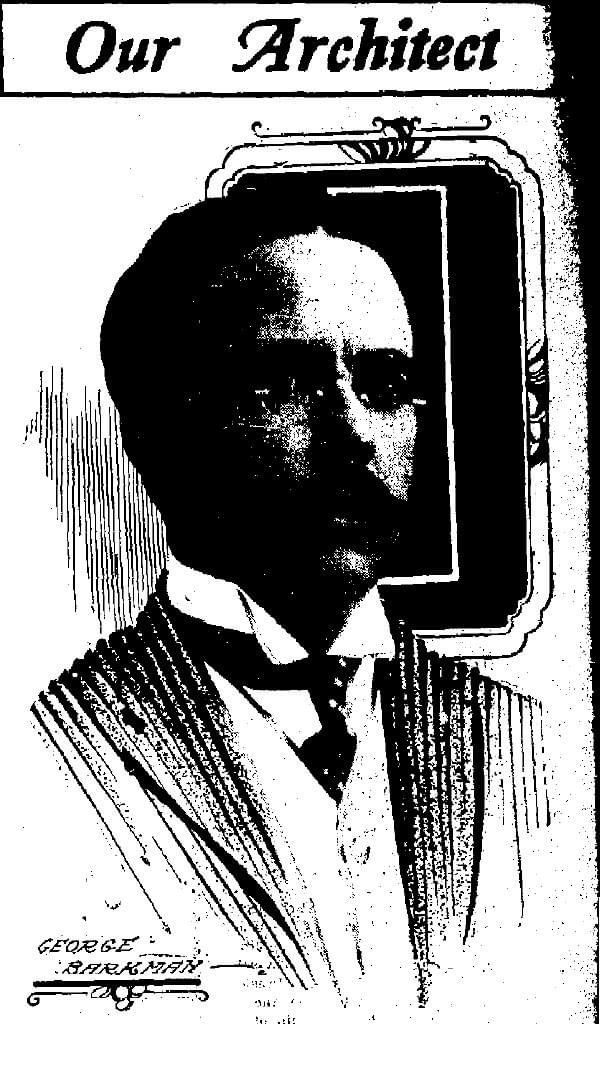 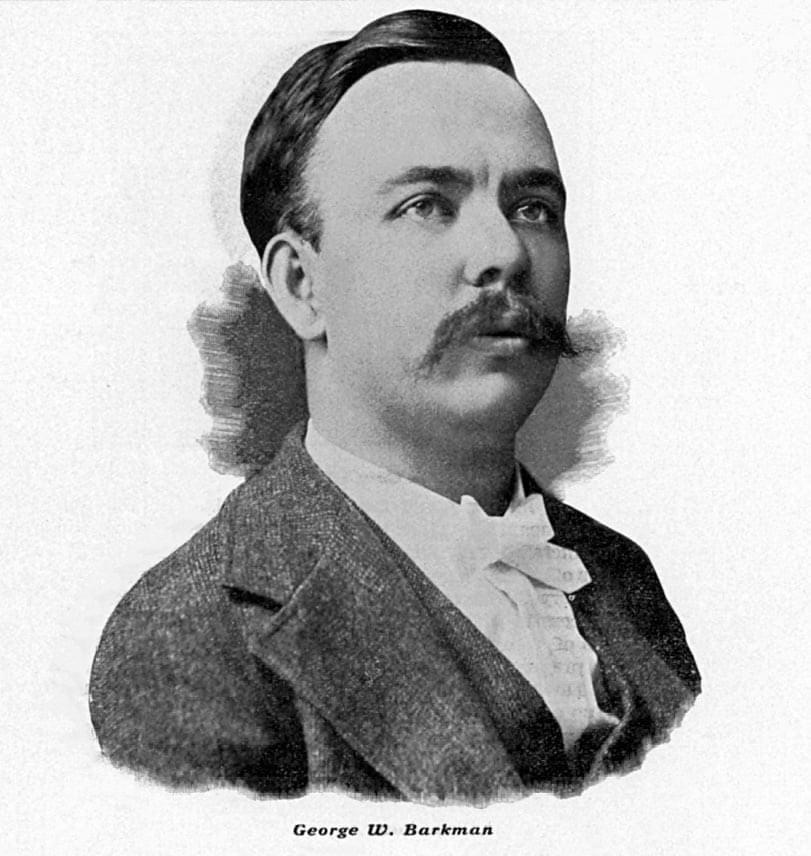 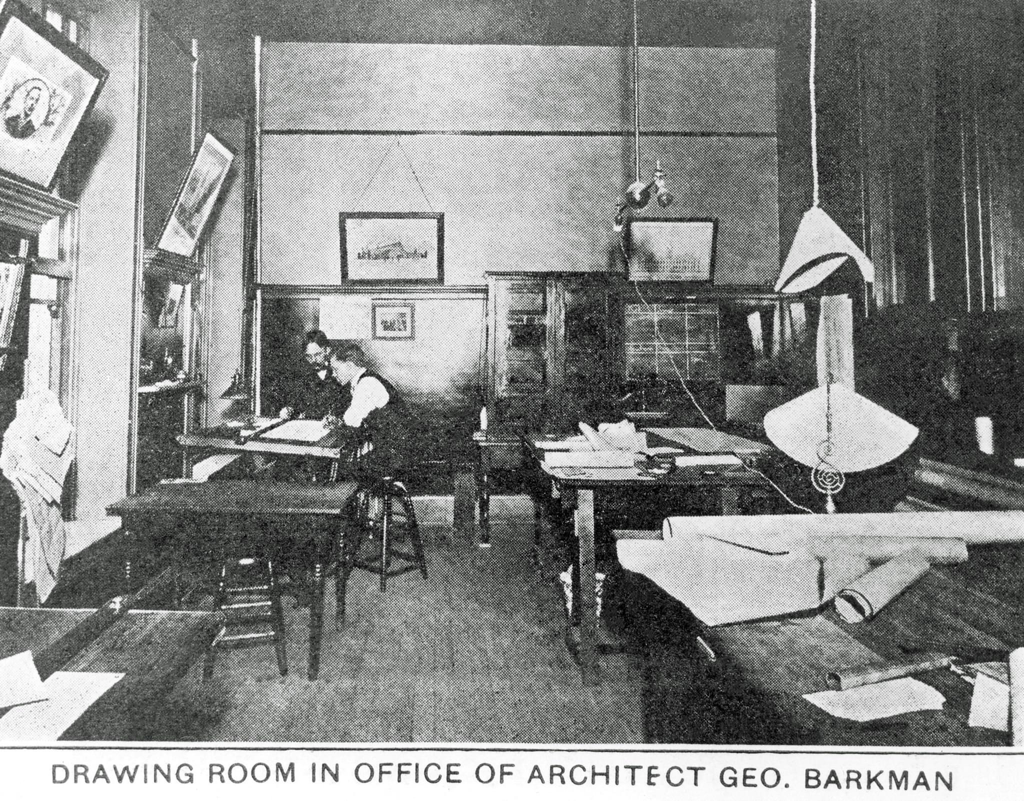 George Barkman is an architect of unusual ability,
and in point of thoroughness has no superior. He excels
in structural work; on the public building or factory he
calculates strength to a nicety, and he has recorded no
failures. The city of Hamilton can point with much pride
to his work. The following buildings are examples of
his work and ability:
Mercy Hospital, Lincoln School, associated with Mr.
Pretzinger on the Rentschler building, Bell Telephone
building, Hossfeld building, Adams School, Hooven,
Owens & Rentschler Co.'s big shop, the Mosler Safe
and Lock Co.'s shops, the American Foundry
and Machine Co.'s shops, the new Eagle Woodenware
factory, the K. of P. Temple of Eaton, the Eagles' Temple,
the Davis building, at Main and D streets; the new
Carnegie Library, of Middletown; the Strauss &
Holbrock stone building, the Joan L.Walker Co.'s
building, the Klenke building on West Main street, the
Allan building, at Seventh and Heaton streets; the
Hammerle building, at Main and C streets; the First Reformed Church, the Park Avenue United Brethren
Church, two hose houses for the city of Hamilton.

In the construction of school houses, Mr. Barkman
has given a great deal of special thought and attention,
and the result is he has built over thirty school houses
in Ohio and Indiana, all of the very latest design and
conforming to the modern equipment for public schools.
In addition to the new Lincoln and Adams schools, Mr.
Barkman rebuilt the Second Ward school, put up the
annex to the Fourth Ward building, remodeled the Fifth
Ward school and built new the East Hamilton
school.

George Barkman was born in Dayton forty-five years
ago. He came to Hamilton in 1891, and was associated
with the late Max Reutti, architect, for seven years.
Since that time he has had an office of his own, and has
had a large and constantly increasing clientage. He has
won his way to the front ranks of Ohio architects by
attention to details, thoroughness and a strict integrity in
planning as well as superintending construction. 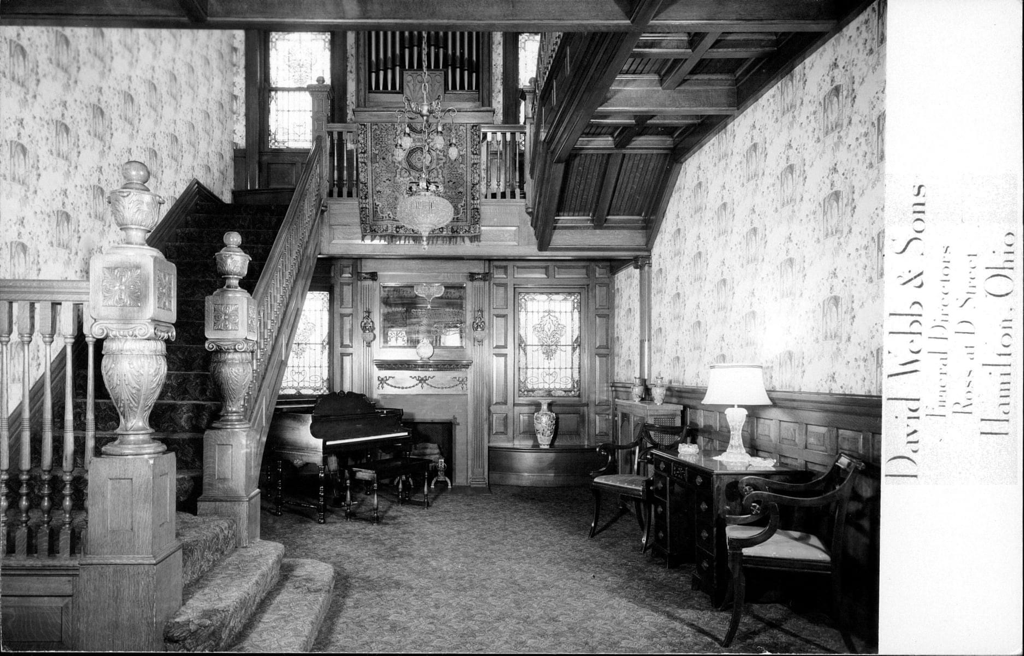