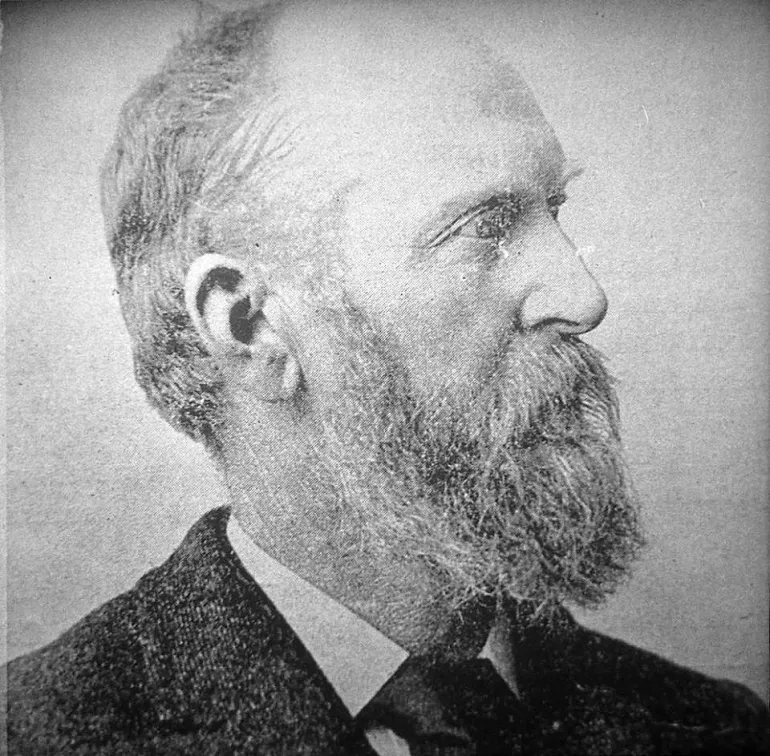 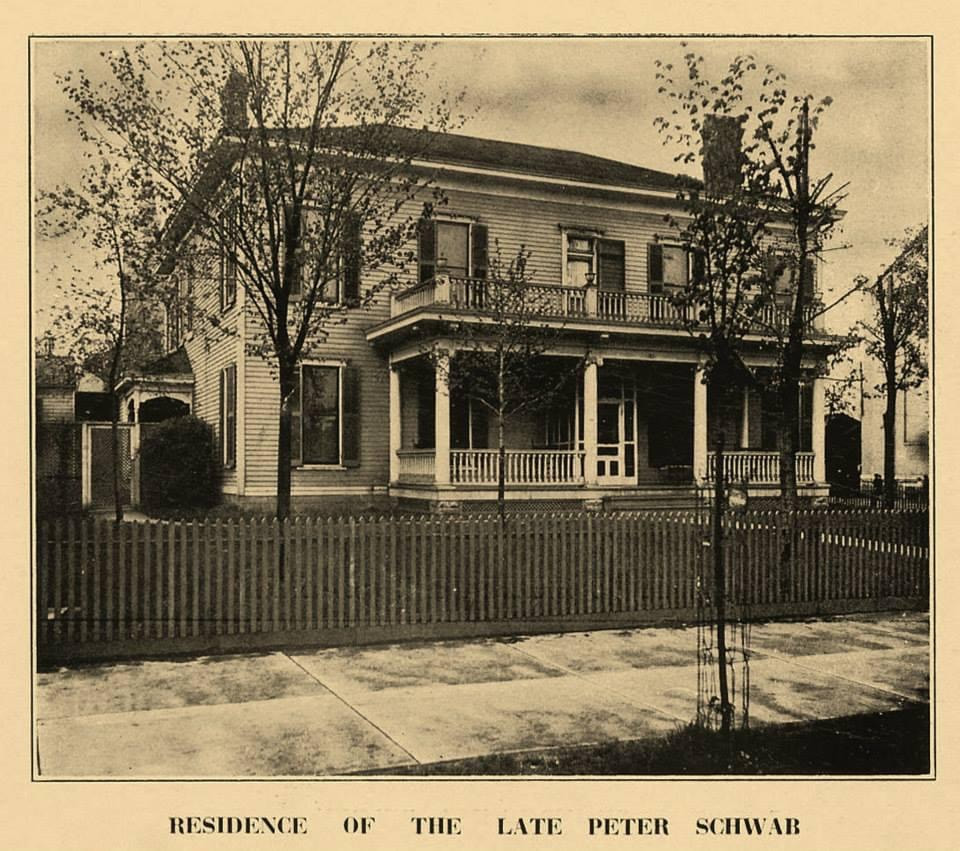 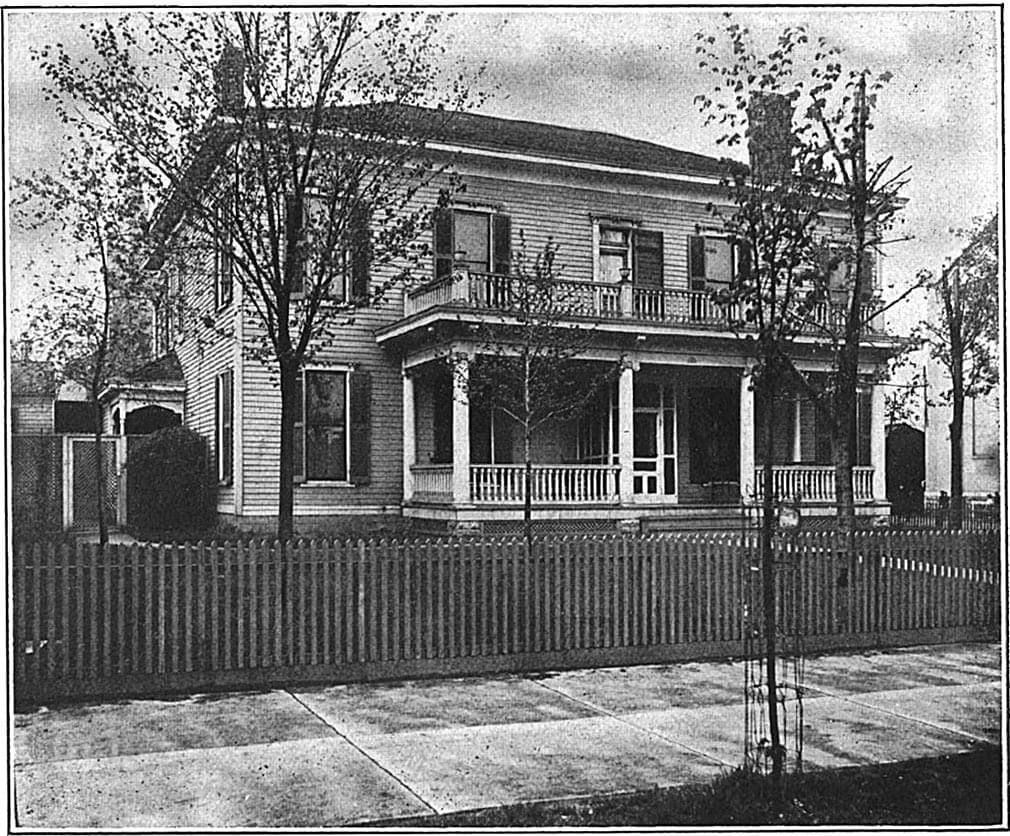 ​When he died, Peter Schwab was described as one of Butler County's "most picturesque citizens" by Gov. James M. Cox, himself a native of the county,

The German-born Schwab — who was reputed to be worth more than $400,000 when he died Sept. 13, 1913 — was regarded as Hamilton's most famous brewer during his nearly 40 years in that business.

Schwab — who pronounced his name "Swope" — showed both his audacity and business genius in naming his firm the Cincinnati Brewing Co.

By that move, he captured for his Hamilton brewery some of the prestige of the Queen City of the West, which in the last half of the 19th century was recognized as one of the world's finest brewing centers.

The Schwab brewery occupied a 200 by 400-foot tract at the northwest corner of the railroad, South Front Street and South Monument Avenue — now the site of Hamilton police headquarters and Hamilton Municipal Court.

Schwab's beer-making operations would pale in comparison with the 10,000-million gallon annual capacity of the soon-to-be opened Miller Brewery north of Hamilton.

But smallness didn't stop Schwab's Pure Gold beer from gaining a market which stretched from Washington, D. C., to St. Louis, and from Detroit and Pittsburgh into the southern states.

Schwab — who was born May 27, 1838, in Bavaria — came to the United States in 1850 at age 12. He landed at New Orleans, reached Cincinnati via the Mississippi and Ohio rivers and arrived in Hamilton on a canalboat.

His first job was as a cooper's apprentice. Sixteen years later, in 1866, he joined Henry Schlosser and James Fitton in a commission business in Cincinnati.

Two years later Schwab returned to Hamilton and with Ferdinand Van Derveer and Herman Reutti bought the brewery on South Front Street which had been started in 1858 by John W. Sohn.

Schwab left the partnership in 1870, but in 1874 he purchased the interests of both of his former colleagues.

After an 1875 incorporation, the brewery — with a capacity of only 50 barrels a day — became the Cincinnati Brewery Co. Within 15 years, Schwab's marketing skills had built it into a tough competitor in the middle third of the nation.

In the 1890s, he was the pioneer in promoting the building of the area's electric railways — more commonly known as interurbans or traction lines. He was a member of the board of trustees of the Cincinnati, Dayton and Toledo Traction Co. at his death.

Schwab, a Democrat, "was a power politically for years not only in Hamilton and throughout Butler County, but throughout the state and also in the nation," an newspaper obituary writer noted.

He also wielded that power for 12 years as a member of the Hamilton Board of Education, including eight years as its president. According to a newspaper tribute at his death, "much of the progress of the public schools of Hamilton was brought about under his administration."

Locally, he held only one other political position — as a member of the Hamilton sewer commission, when the city planned its sewer system and paved its first streets.

Schwab, a member of St. John Evangelical Protestant Church, also was a trustee of Mercy Hospital, which benefited from his charity, including daily donations of ice for the last 21 years of his life.

"Perhaps the one attribute in the life of Mr. Schwab of which little was known was his charity," said a Journal editorial in eulogizing the often-controversial brewer.