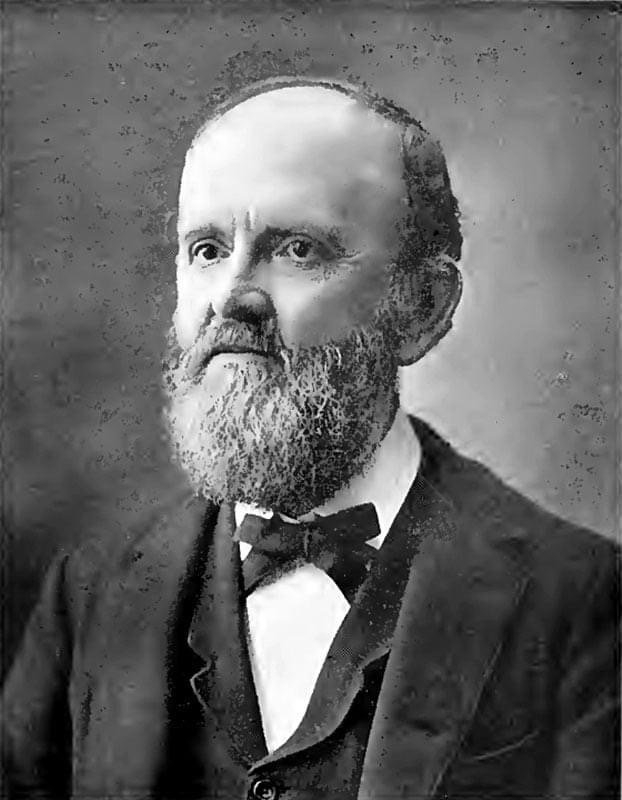 Stephen D. Cone, author of “Historical Sketches, a Narrative of Hamilton and Its Residents from 1792 to 1896”. Cone was a historian and veteran of the 167th OVI during the US Civil War. The following is a story about an incident with Jesse Linn while they were on guard duty during the US Civil War in West Virginia. Cone and Linn were standing guard duty. Story from the Butler County Democrat, Hamilton, Ohio, September 14, 1905.

“One night after Jesse Linn and I were relieved from our trick as camp guard, we had occasion to pass the commissary tent. Commissary Dee was in his quarters sound asleep with a candle burning in a bayonet stuck in the ground. Linn said to me, “Coney, let us get our share of the extra rations.” I replied, “All right,” and at the same time taking charge of his gun and holding the flaps of the tent back. Jesse Linn entered the tent and appropriated a sixty-pound sack of coffee, which at the time was worth sixty-five cents per pound. In Linn’s exit from the tent, he knocked over the bayonet candle-stick and it fell in Dee’s face. Dee turned over and gave a grunt, and we left him alone in his glory. After securing the coffee, we hid it in a cluster of bushes and grape vines about three-hundred yards south of camp. Next morning, the theft was discovered. Linn and I were relieved from guard duty at 8 o’clock, when Lieutenant James T. Imlay approached us, and said “boys, bring back that coffee you stole last night.” Jesse replied, “We didn’t steal your coffee”. Lieutenant Imlay then detailed us to search the company’s tents for the missing coffee. We felt relieved at this procedure, but carefully watched the hiding of our coffee. At night time, we removed our treasure a mile south of camp and buried it in the sand along the Kanawha River. During the night, a heavy rain storm came up and next morning the river was almost bank full. The water came within two feet of reaching the buried coffee. Jesse Linn secured an old “dug-out” to carry us over the swollen stream. With two old dead limbs from nearby trees, we started on our perilous trip. We pulled for dear life and were rapidly approaching the falls; when we landed, we were about two hundred yards from them. I sank almost exhausted when I gazed upon the rushing, foaming and leaping of the angry water after it had been spilled over the falls. After a little rest and composure, we carried the coffee to Crown Hill and sold it for sixty-five cents a pound. Captain Lewis had previously sent messengers to the stores nearby, warning them not to buy a sack of government coffee. Fortune was with us and he failed to notify the storekeeper at Crown Hill.”