William Dean Howells standing by a grandfather clock, ca. 1903. William Dean Howells was an American realist novelist, literary critic, and playwright, nicknamed "The Dean of American Letters". He was particularly known for his tenure as editor of The Atlantic Monthly, as well as for his own prolific writings, including the Christmas story "Christmas Every Day" and the novels “The Rise of Silas Lapham” and “A Traveler from Altruria”. In 1840, the family settled in Hamilton, Ohio, where his father oversaw a Whig newspaper. Their nine years in Hamilton were the longest period that they stayed in one place. His novel "A Boy's Town", 1890, New York: Harper & Brothers, was based on his experiences growing up in Hamilton, Ohio. Photographer unknown. From the Library of Congress, Washington, DC. 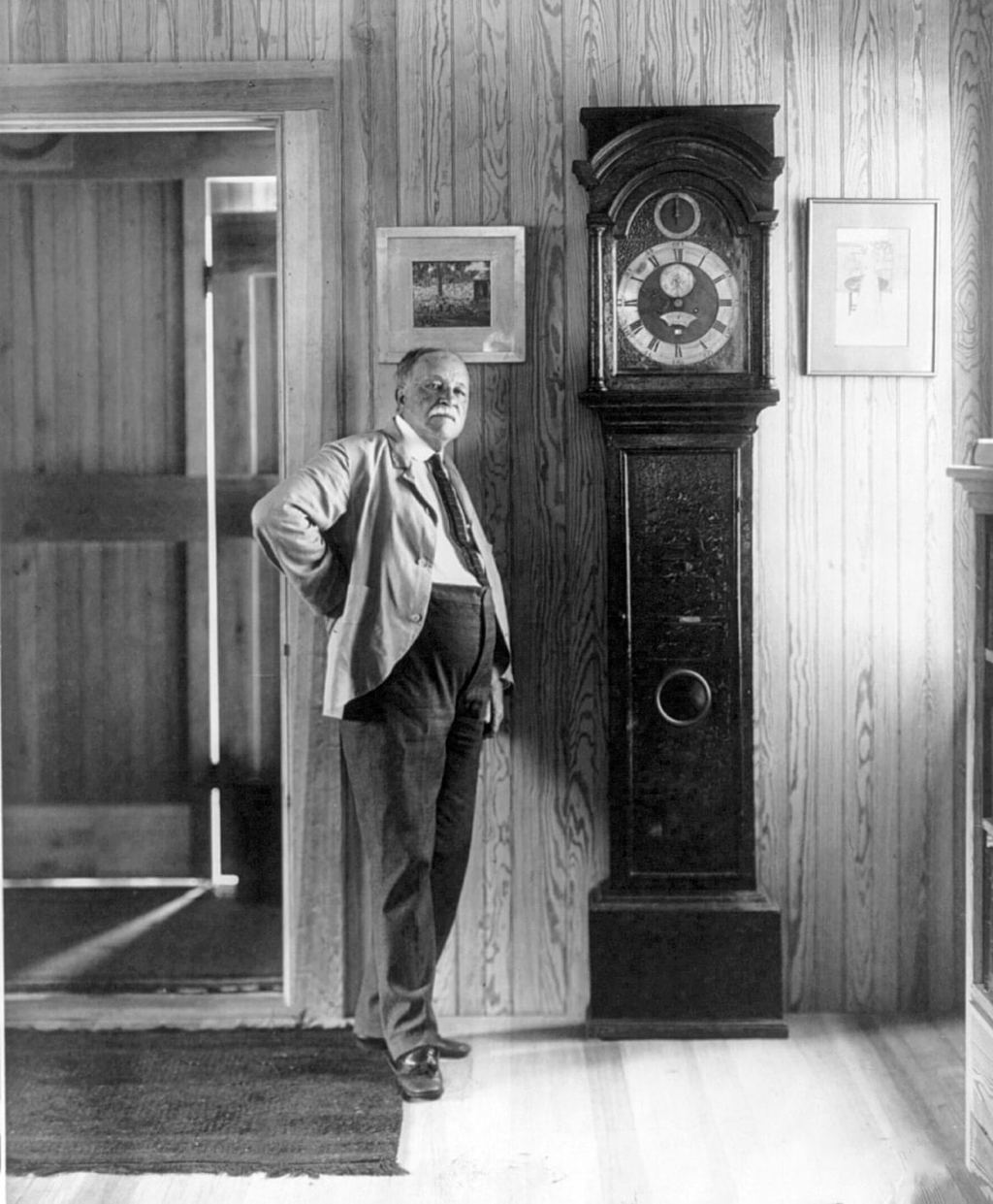 William Dean Howells spent his boyhood in Hamilton during the peak period of the Miami-Erie Canal, the 1840’s. He wrote the first biography of Abraham Lincoln during his 1860 presidential campaign,
But his fond impressions of the canal and the basin -- as a place to play and swim -- are in A Boy's Town . published in 1890. Chapter four is titled "The Canal and Its basin."
​
"The canalboatmen were all an heroic race, and the boys humbly hoped that some day. if they proved worthy, they might grow up to be drivers," noted William Dean Howells in recalling his youthful years in Hamilton.

"To my boy's young vision, this craft was of such incomparable lightness and grace," Howells said.
"No steamer arrives from Europe now with such thrilling majesty," observed Howells, whose varied literary career often took him to Europe. 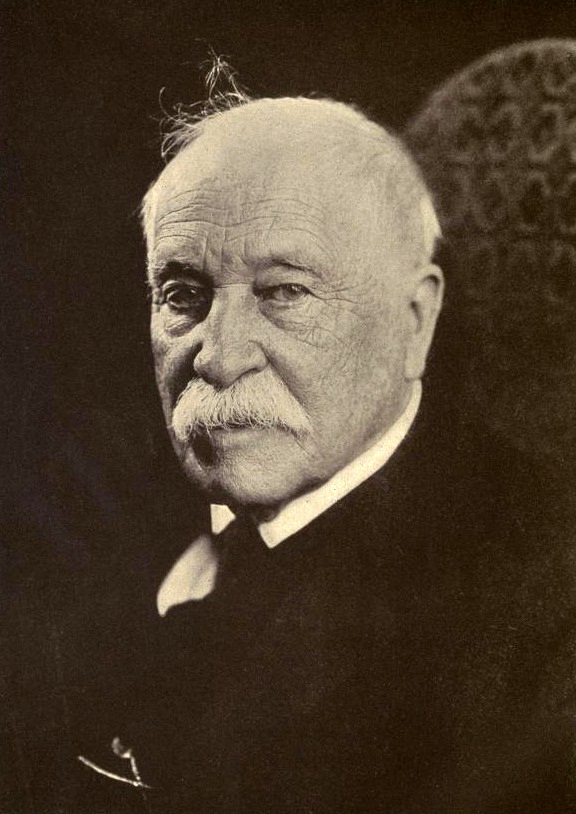 "The children of this day can hardly imagine what rude and simple affairs the earliest railroads were," said William Dean Howells, writing in 1897.

Howells -- a literary giant from the last decades of the 19th century until his death in 1920 -- said "it was a time of great excitement and expectation" as railroads connected American communities.

Howells was qualified to relate the reaction to the coming of the rail age. He lived through its early years after his family moved from Hamilton to Dayton in 1848.

"Instead of long smooth steel rails which now carry the great trains, with their luxurious cars, in their never-ceasing flight, day in and day out the whole year round," the rails were "flat bands of iron, spiked to wooden rails," recalled Howells, who was a teenager when the first railroads came to Ohio.

The primitive bands of flat iron, he explained, "formed the path of the small carriages drawn by a locomotive of the size and shape of a threshing machine engine."

Howells said "these (trains) amazed by a speed of 10 to 12 miles an hour the gaping spectator whose grandchildren do not turn their heads to look at the express as it makes its 60 miles in 60 minutes."

"In the very beginning, indeed, the carriages were drawn by horses, and it was several years before steam was used," he added in his book, Stories of Ohio, published in 1897.

"Little by little the railroads began to be built on the easy levels of the state, and before a great while a line was projected from Cincinnati to Columbus along the course of the Little Miami River."

"This was completed piecemeal, from point to point, and at last carried through. In the meantime other lines were laid out, and then all at once the railroad era was at hand," he wrote.

The Little Miami Railroad, the first in Southwestern Ohio, was completed between Cincinnati and Springfield Aug. 10, 1846.

Officials in Cincinnati viewed the Little Miami as a mixed blessing. They coveted the economic benefits, but legislated against its risks.

At first, city fathers wouldn't allow the locomotive belching smoke and steam into Cincinnati for fear that sparks would start fires. Instead, Little Miami trains had to be pulled into town by mules.

Howells enjoyed eight years of his childhood (ages 3-11) in Hamilton. It was the canal age when he was growing up in the town of about 3,000 people in the 1840s.

During that decade, the fastest form of transportation in Butler County was a canalboat on the Miami-Erie Canal that eventually connected Lake Erie and the Ohio River via the Butler County towns of Middletown, Excello, Hamilton, Rialto and Port Union.

The speed limit on Ohio canals was four miles an hour -- about twice as fast as the average speed of the earliest stagecoaches in the state's southwestern corner.

A trip between Hamilton and Cincinnati by stagecoach initially required 14 hours, if on schedule. By canalboat, the same journey was halved, to seven hours. When the first railroad opened in the county in 1851, it took about an hour to travel between the cities.

As "canal fever" had infested the Midwest in the 1820s, so did "railroad fever" from the 1830s into the 1850s. Butler County's first railroad -- the Cincinnati, Hamilton & Dayton -- started operations in September 1851.