For 14 years Prof. Will Huber Jr. served as the organist at the First M. E. church. [A research assistant from a college in Michigan once contacted me to find out what Iknew about Will Huber Jr. -- a Michigan music professor was so enthralled by Huber's extensive collection of organ and other music presently housed at the National Archives that he wanted to write about Huber's life.] Prof. Huber was a native son of Hamilton. He was born January 14th, 1859, the eldest son of William and Catherine Huber, one of a family of 10 children. Educated in the public schools, he early displayed a special aptitude for music. He began to study music when but seven years of age. He continued his musical studies in the College of Music at Cincinnati. When but 15 years of age he assumed his first position as a church organist, a career he continued to follow until quite recent years.
For 14 years Prof. Huber served as the organist at the First M. E. church. He served also nine years at the Presbyterian church, 13 years at St. John’s Evangelical church, and for a time was also organist at the First Baptist church. During this period of professional activity he was the first Hamilton organist to give a series of organ recitals. This was during the time he was serving at the First M.E. church.
In addition to his duties as organist Prof. Huber for many years was an instructor in piano and organ music. There are many in this city who received their first instruction in music from him. A man of wide information and culture, he made a profound study of music, to which art he dedicated his entire life. Through his attainment he gained great prominence as a church and concert organist, enjoying a repute that was nationwide.
The organ programs of Prof. Huber were considered models in the art of program composition. With the passing years he accumulated a musical library of scores of compositions which bore inscriptions to him written by the most famous of foreign and American composers. This library in recent years was sent to the University of Chicago. Clarence Eddy, the great organist, pronounced it “a wonderful collection.”
In literature, also, he was well versed, accumulating a large library. Following the 1913 flood he presented 300 volumes to the Y. M.C.A. and 300 volumes to the Lane Public Library. He made a reputation also as a composer having brought out many sacred works in “Evenings in Sacred Music.” A great modesty that made it impossible for him to seek publicity was a most notable characteristic of the man. Source: Hamilton Daily News July 9, 1930, page 13. 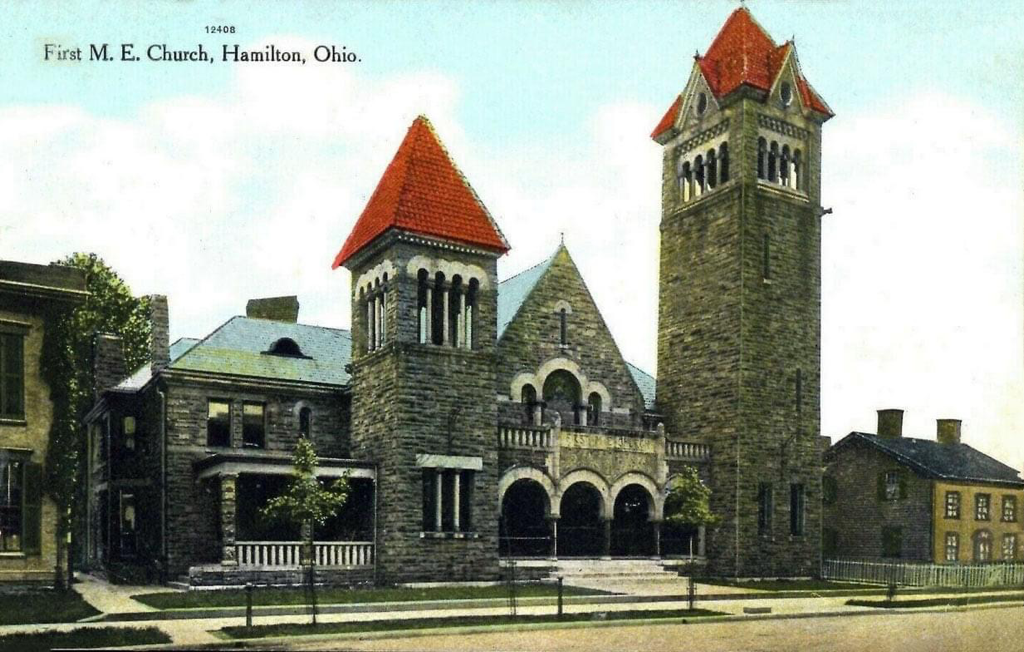