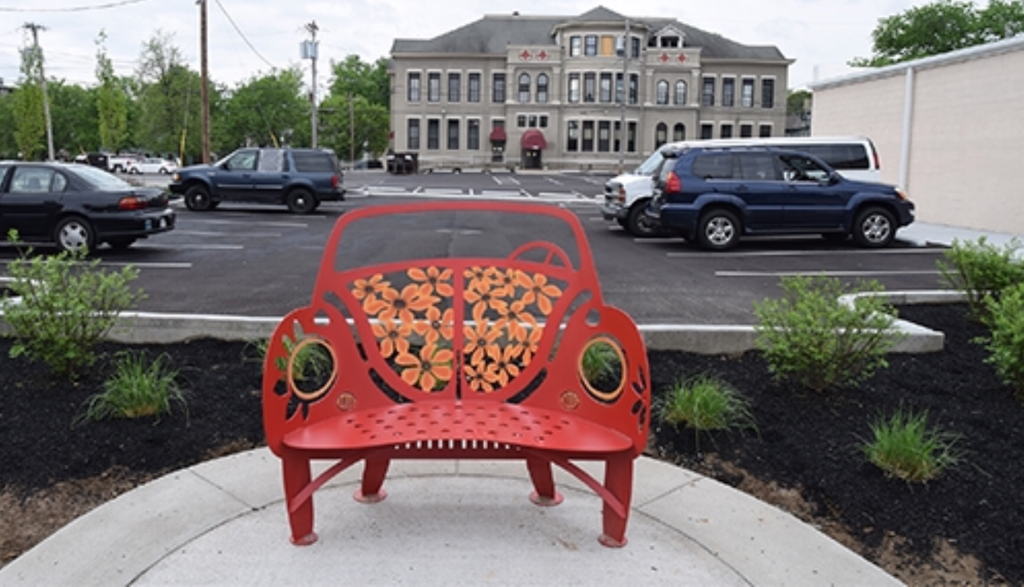 After studying medicine for two years at Hiram College in Hiram, Ohio, Drumm decided to pursue a career in art. He transferred to Kent State University where he received a B.F.A. and an M.A.In the late 1950s Drumm pioneered the use of cast aluminum as an artistic medium. In addition he has been a pioneer in the use of contemporary building materials, and techniques for the creation of Arts and crafts.
In 1960 Drumm opened his own studio, as a full time practicing Sculptor and designer/craftsman near the University of Akron in Akron, Ohio. In 1971, together with his wife, Lisa Drumm, he expanded the studio to incorporate a one-room gallery. Since then the enterprise has grown extensively and now embraces eight buildings, providing gallery facilities for over 500 artists and studio space for three resident artists.